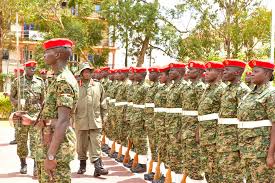 Turkish ambassador to Kampala Kerem Alp who made the announcement in an exclusive interview with Anadolu Agency said once the agreements are signed, Turkey would begin training Ugandan police officers and soldiers.

According to the Turkish diplomat, the agreements will be signed by the end of the year.

The education cooperation agreement will expand Turkey’s training of young Ugandans through scholarships programs, training at home and construction of schools.

Turkey’s state-run aid agency, the Turkish Cooperation and Coordination Agency (TİKA), has also been providing vocational training for hundreds of Ugandans to help them start their own businesses to lower unemployment in the landlocked East African nation, the agency noted.

The agreement in the judicial sector will strengthen the legal framework between the two countries. Both countries will cooperate in law enforcement and criminals’ extradition, the ambassador said.