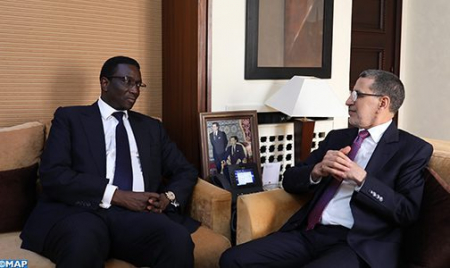 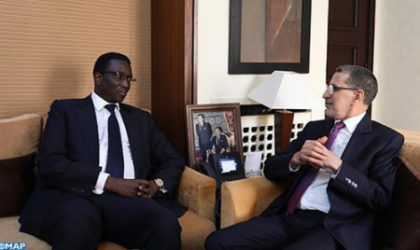 Senegalese foreign minister Amadou Ba has renewed his country’s backing to Morocco’s autonomy plan offered for the Sahara, affirming that this plan, recognized by the international community as serious and credible, is the only solution to this regional conflict.

Speaking at a press briefing Monday in Rabat after meeting his Moroccan peer Nacer Bourita, Mr. Amadou reiterated Senegal’s “strong and unwavering support” for the “Moroccan identity of the Sahara”, and reaffirmed backing to the UN role to find a lasting solution to this issue.

He also lauded King Mohammed VI’s commitment to peace and security in Africa, and commended the Sovereign’s farsighted vision for the development of South-South cooperation and his leadership on migration issues.

For his part, Bourita thanked Dakar for its strong supportive stand of Morocco’s territorial integrity in regional and international fora and praised Senegalese president Macky Sall for his leadership in the Steering Committee of the New Partnership for Africa’s Development (NEPAD).

Bourita reaffirmed Rabat’s determination to foster further its partnership with Dakar in all sectors.

In a joint statement issued at the end of their talks, the two ministers welcomed the strong historical, socio-economic, cultural and religious ties existing between the two countries, highlighting the distinguished relationship between King Mohammed VI and President Macky Sall.

They lauded the progress made in bilateral cooperation, particularly in health, agriculture, transport, fisheries and diplomacy, and agreed to encourage mutual investment.

The two ministers also agreed to enhance bilateral cooperation in the fight against terrorism and extremism through the exchange of experience and information, as well as the promotion of the values of moderation and tolerance.

During his working visit to the North African Kingdom, the Senegalese official held separate meetings with Head of Govt Saad Eddine El Otmani and Speaker of the House of Representatives.

Talks focus on the Sahara issue, the strong and longstanding Moroccan-Senegalese friendship ties, the convergence of views on several international issues and the remarkable evolution of bilateral cooperation in agriculture, fisheries, infrastructure, banking and financial services, education and training.