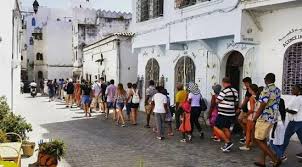 Morocco maintained its leadership as the most competitive tourism market in North Africa and one of the most attractive tourist destinations on the continent said the World Economic Forum.

Morocco was ranked 66th globally in the Travel & Tourism Competitiveness Report 2019 which was jointly topped by Spain, France, Germany and Japan.

The report said Morocco was the country that has posted the best improvement in terms of Business Environment and Air Transport Infrastructure.

Tourism makes up about 7% of Morocco’s GDP and employs more than 2.7 million people. The North African country has attracted 12.3 million tourists in 2018 making it the largest African tourism market as it has become the 30th most visited country globally.