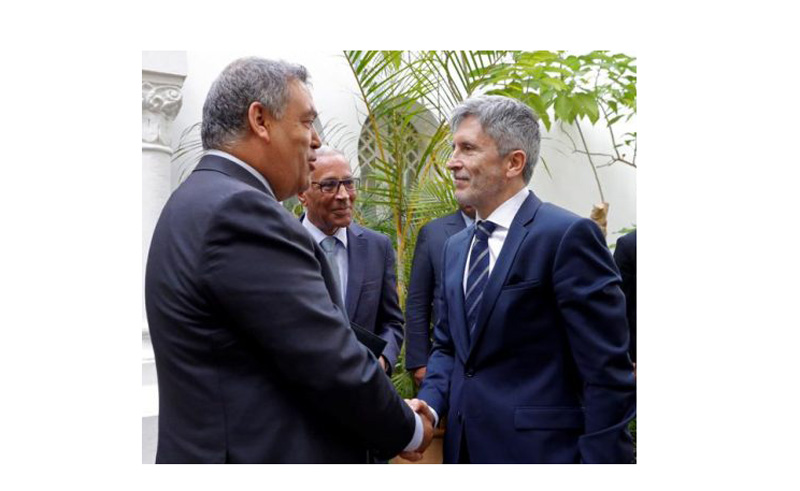 Morocco, Spain set to build on achievements in fight against illegal migration 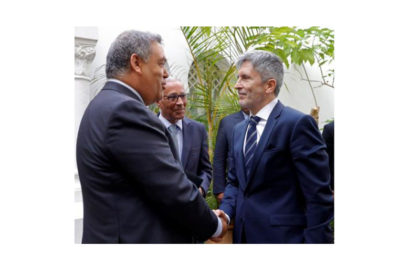 Morocco and Spain agreed to expand cooperation in the fight against illegal migration as Spain reaps benefits of Morocco’s efforts with arrivals in Spanish coasts nearly halving this year.

The pledge was made by Moroccan Interior Minister Abdelouafi Laftit and his Spanish peer Fernando Grande-Marlaska at a meeting in Rabat this Wednesday.

The meeting tackled different aspects of security cooperation between the two neighbors.

The Spanish minister expressed, for his part, satisfaction at the quality of cooperation with Morocco in curbing illegal migration, saying that migrant arrivals dropped by 45% this year.

He said Morocco is also facing increasing migration pressure while recalling Morocco’s leadership in championing a humanitarian approach towards migrants with the regularization of 50,000 migrants.

The European Union should follow suit and seek closer cooperation with Morocco, he said

On countering terrorism, Grande-Marlaska said the two countries have a longstanding cooperation that led to the prevention of several attacks and the dismantling of numerous cells.

The achievements made in this area are “tremendous”, he pointed out.

The Spanish Minister also underscored the importance of Moroccan-Spanish cooperation in the fight against drug trafficking and its sources of funding, saying that joint operations between the two parties in this area have brought “positive results”.

North Africa Post's news desk is composed of journalists and editors, who are constantly working to provide new and accurate stories to NAP readers.
NEWER POSTMorocco’s OCP, AU to cooperate in developing African agriculture
OLDER POSTJapan’s Yazaki Group to expand in Morocco with a fourth factory