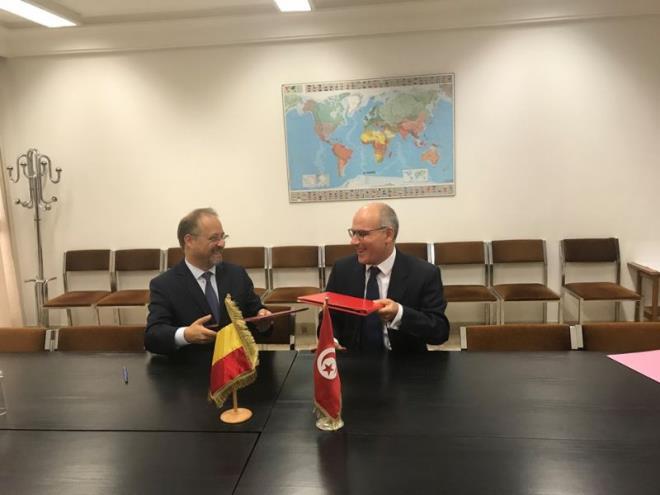 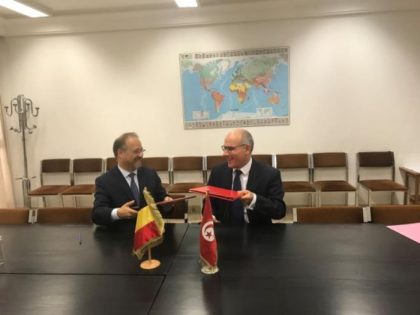 An agreement to convert some of Tunisia’s debt to Belgium into development projects was signed Wednesday in Tunis, the Foreign Ministry said in a statement.

The agreement, signed by Director General for Europe, Nabil Ammar, and Belgium’s ambassador to Tunisia, Michel Tilemans, provides for converting more than €2.991 million ($3.33) of Tunisia’s debt to Belgium into development projects, as part of the two countries’ keenness to enhance bilateral cooperation.

The converted debts will help finance several projects across the country and contribute to the creation of jobs, said the statement relayed by the Tunisian news agency TAP.

The deal is part of the shared concern between Tunisia and Belgium to strengthen cooperation and develop mechanisms to this end.

In a separate report, TAP reported that Secretary of State for Foreign Affairs Sabri Bachtobji paid a visit to South Africa Aug.19-20.

At meetings with South African officials, the two sides pledged to straighten their bilateral economic ties in view of scaling up trade and investment between the two countries.

The meetings discussed ways to expand the relations of cooperation between the two countries in many fields, especially, trade, technical co-operation, higher education and scientific research, in addition to the sectors of communication technologies, agriculture and vocational training, the Foreign Ministry said in a statement.