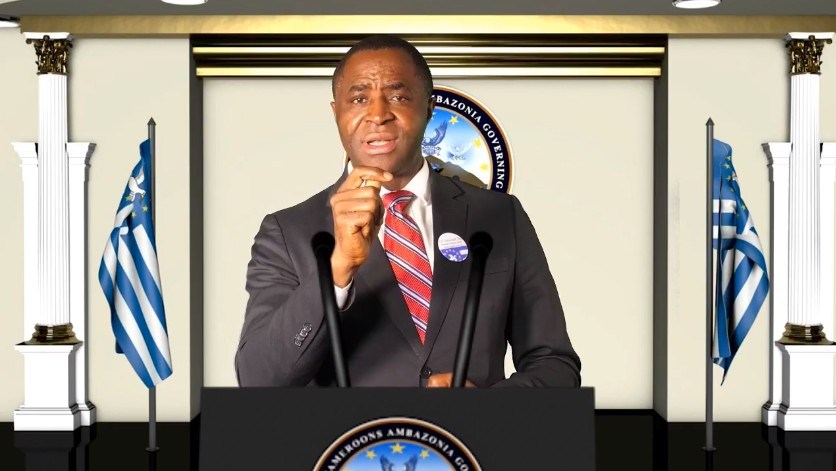 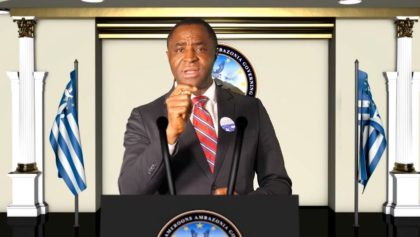 In Cameroon, ten separatists have been handed life sentences by a military court sitting in the capital, Yaounde.

The leader of the most known separatist group, the Southern Cameroon National Council, SCNC, Sisiku Ayuk Tabe, is among the convicts.

Ayuk Tabe was the first self-proclaimed president of “Ambazonia”, a breakaway state declared in October 2017 in two English-speaking regions of the central African country.

He was arrested in January 2018 at a hotel in the Nigerian capital, Abuja, and was subsequently deported to Cameroon. Yaounde had in November 2017 issued international arrest warrants for Tabe and over a dozen others.

On Tuesday, 10 were convicted of charges including “terrorism and secession”, government lawyer Martin Luther Achet told reporters. They were also asked to pay a joint fine of 250 billion CFA francs ($422 million, €381 million) to the state.

Ayuk Tabe is viewed as one of the more moderate voices in the separatist movement and his arrest prompted more hardline leaders to emerge. They are less likely to promote dialogue over violence.

The conflict has severely damaged the economy. More than one in six Cameroonians now is in need of humanitarian aid, according to the United Nations, an increase of 30% from 2018.

According to Human Rights Watch (HRW), Cameroonian authorities have regularly tortured and held incommunicado detainees arrested in the government’s crackdown on the armed separatist movement.

English speaking Cameroonians account for approximately a fifth of the population of 24 million. Since 1961, Anglophones have accused the government of treating them like secondhand citizens, particularly in areas such as education, law and economics.

North Africa Post's news desk is composed of journalists and editors, who are constantly working to provide new and accurate stories to NAP readers.
NEWER POSTBurkina Faso: 24 troops killed, several wounded
OLDER POSTMorocco celebrates 66th anniversary of the Revolution of the King and the People