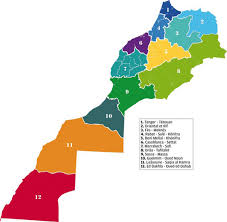 Advanced Regionalization to Give Momentum to Productive Investment Projects – King

King Mohammed VI has pointed out Tuesday that advanced regionalization and administrative devolution would give a new momentum to local productive investment projects, deploring the fact that despite the efforts made and the legislation adopted, many matters are still being dealt with in Rabat, at central government level.

Because of the slow pace in effecting advanced regionalization, the rate of project implementation is slow, and some projects are quite simply abandoned, the Monarch pointed out in a speech delivered Tuesday evening on the occasion of the 66th anniversary of the Revolution of the King and the People.

“I therefore call on the government to make this issue a priority, tackle administrative shortcomings and make sure highly qualified human resources are made available at the regional and local levels to address the challenges of the new phase,” the monarch said.

“We have now reached a stage in which no hesitation or mistakes are allowed – a stage during which we must come up with solutions to the problems standing in the way of development in our country,” he said, adding that “at this point, we should not be ashamed of weaknesses or of past mistakes. Rather, we should benefit from them and learn the lesson to tackle shortcomings and make sure we are on the right track.”

In his address, the Monarch also dealt with the importance of the middle class that emerged in Morocco as “a productive force” and as “an element of cohesion and stability”.

“Considering its importance in the life of the community, the middle class ought to be preserved. Measures should also be taken to strengthen it, expand its base and promote social mobility to and from the middle class,” he said, noting that “these challenges cannot be met unless higher economic growth rates are achieved, more wealth is created and fair distribution of that wealth is ensured.”

The Monarch, who expressed optimism at the average growth rate achieved by Morocco during the last two decades, pointed out that “this was accomplished in spite of the fact that our country is ranked using the same criteria and standards as for gas and oil-producing countries.”

Yet, he said, regardless of the discussion on growth rates and figures, what matters most is to seek to overcome the obstacles impeding the achievement of high economic growth rates that contribute to prosperity in society.