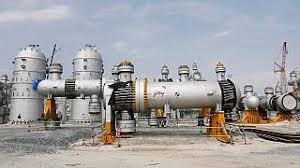 There is new hope for the oil industry in Congo as the recent onshore discovery made in the Delta de la Cuvette indicates that the deposits could produce up to 359 million barrels of oil, or 983,000 bopd, from this central province.

Congo’s current production stands at over 330,000 bopd according to OPEC’s latest figures.

According to Minister of Hydrocarbons, Jean-Marc Thystère-Tchicaya, this first onshore discovery gives the country a lot of hope.

SARPD Oil and PEPA, the Congolese consortium working as operators on the Block, said the Delta de la Cuvette deposit covers 9,392 m2 and comprises four wells. The first has been drilled in March of this year. When fully exploited, the license could propel Congo as Africa’s third largest oil producer, ahead of Algeria and Libya.

“This is in effect one of the largest African oil discoveries in decades,” declared Nj Ayuk, Executive Chairman of the African Energy Chamber and CEO at the Centurion Law Group.

Africa has been an exploration hotspot where major oil & gas discoveries have been made in recent years by international explorers, he said.

The Oyo discovery in Congo, however, is the result of indigenous efforts made by Congolese companies. It speaks volumes to the value that local content development can create when local companies and entrepreneurs are given an opportunity to contribute to their industry.

The discovery is also a game changer for Congo’s energy scenario, with most oil & gas production currently coming from offshore fields.