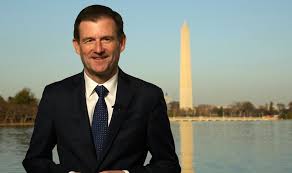 Washington not ready to remove Sudan from sponsors of terrorism list

Despite the recent efforts to restore democratic process in Sudan, the United States said it still needs to resolve long-standing issues with Sudan before it can consider removing the East African nation from its list of states sponsors of terrorism.

The comment of the senior State Department official comes a week after Sudan’s military rulers and the main opposition coalition initialed a constitutional declaration paving the way for a transitional government.

International mediators have called on the US government to remove the country from the list of sponsors of terrorism.

According to David Hale, the designation as a state sponsor of terrorism makes Sudan ineligible for desperately needed debt relief and financing from lenders like the International Monetary Fund and World Bank. Removal from the list potentially opens the door for foreign investment.

Removal from the list requires respect of human rights and religious freedom, counterterrorism efforts, as well as “promoting internal peace, political stability and economic recovery in Sudan”, he said.

As a reminder, the US government added Sudan to its list of state sponsors of terrorism in 1993 over allegations that then-President Bashir’s Islamist government was supporting terrorism.

While US-Sudanese relations have often been difficult in the more than twenty years since the African country was first designated a “state sponsor of terrorism”, it is hard nowadays to convincingly argue that the reasons that motivated that declaration still holds.

Hale said he met General Abdel Fattah al-Burhan, head of Sudan’s Transitional Military Council, as well as members of the Forces for Freedom and Change, the main opposition coalition, and other civil society groups.

“America is fully committed to helping Sudan transition to a civilian-led government that reflects the will of the people,” Hale said.