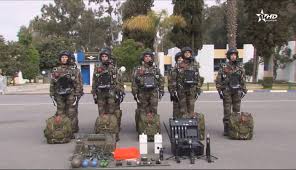 A detachment of the second Paratrooper Infantry Brigade of the Royal Armed Forces has participated in Côte d’Ivoire’s National Day Celebrations.

The detachment participated in the military parade organized by Ivorian authorities in Abidjan Wednesday part of the festivities commemorating the 59th anniversary of Côte d’Ivoire’s independence.

The festivities were attended by Abdeltif Loudyi, Minister Delegate for the Moroccan National Defense Administration.

The participation of Abdeltif Loudyi and of the paratrooper infantry detachment mirrors the excellent relations of friendship and cooperation linking the two countries.