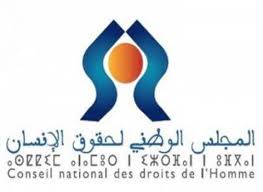 Morocco: Additional Victims of Human Rights Abuses between 1956 and 1999 to Receive Compensations

Morocco’s National Council of Human Rights (CNDH) has decided to grant compensations to dozens of people, including civilian victims abducted by the Polisario.

According to a statement released this Sunday (August 4), the National Council of Human Rights (CNDH) will issue next Tuesday and Wednesday (August 6 and 7) arbitral decisions in favor of several victims or their dependents, providing for granting them compensation for serious violations of human rights they suffered between 1956 and 1999.

These cases have been handled in accordance with the standards and criteria set out in the Final Report of the Equity and Reconciliation Commission (IER), says the CNDH statement.

According to the statement, 624 people will benefit from this operation which mobilized nearly 87 million dirhams.

The CNDH explains that among these beneficiaries, 39 had submitted incomplete files to IER and ended up presenting the missing documents, 80 are among the civilian victims abducted by the Polisario, 28 are dependents of missing victims whose fate remained unknown and who have submitted the necessary documents to complete their files.

Besides, 367 beneficiaries belong to the group of Ahermoumou students who had been involved in a coup d’état in 1971. They had submitted their applications to the IER but their cases were not settled then, the statement said, adding that 110 victims or their dependents have benefited from social integration.

Since his enthronement twenty years ago, King Mohammed VI has attached utmost priority to protecting and promoting human rights while closing the chapter of past rights violations through a large-scale reconciliation process.

The creation of the Justice and Reconciliation Commission in 2003 was a major event that addressed past human rights violations from 1959 to 1999 and achieved national reconciliation.

The closure of the chapter of human rights violations was also marked by a strong commitment to safeguarding human rights and the upgrading of the human rights council as a constitutional body.

“Our national commitment to human rights is not just enshrined in our Constitution, it is a determinant of our political, economic and social agenda,” King Mohammed VI said in a message on the occasion of the 70th anniversary of the Universal Declaration of Human Rights.