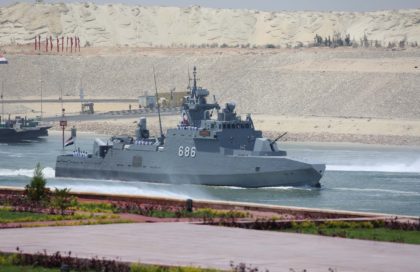 The US State Department Tuesday validated a military deal with Egypt that involves technical support for the North African country’s navy.

The deal to be implemented by Virginia-based VSE Corporation will cost Egypt $554 million. The price tag may change following final clearance from the senate, Defense News reports.

VSE Corporation will do technical work on a variety of Egypt’s naval fleet. The ships will include Oliver Hazard Perry class frigates, fast missile craft, coastal mine hunter ships, and 25- meter and 28-meter fast patrol craft.

Egypt, which benefits of a yearly US military aid, is one of the leading African countries in foreign defense hardware purchases.