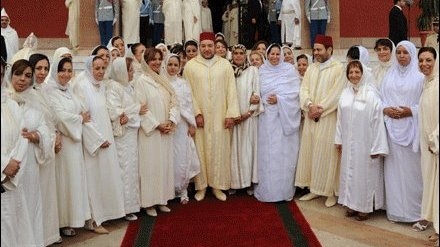 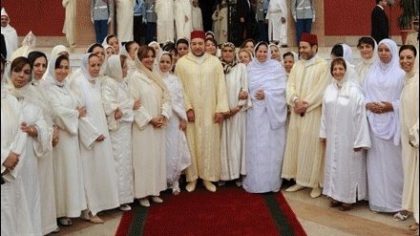 Since taking the throne in 1999, King Mohammed VI promoted women empowerment, gender equality and women rights through a series of initiatives covering the political, social and economic fields.

He set the course for women’s status promotion in one of his first speeches when he said how can we hope to achieve progress and prosperity when women, who make up half of society, see their interests flouted, their rights abused.

Since then, the King spurred many initiatives to mainstreaming gender equality in the formulation, planning and implementation of public policies, starting with the landmark adoption of the new family code Moudawana in 2004.

The Moudawana or ‘Personal Status Code’ reform secured several important rights for women, including the rights to self-guardianship, divorce, and child custody. It also banned repudiation and placed new restrictions on polygamy, raised the legal age of marriage from 15 to 18, and made sexual harassment punishable by law.

The King also showed example in women empowerment by appointing women in key constitutional institutions such the National Human Rights Council, and the High Authority for Audiovisual and Communications, which are now headed by women. Likewise, many women took cabinet portfolios and were appointed as consuls and ambassadors.

The country, which is setting the example in gender equity in the Arab-Muslim world, also reformed its electoral code to introduce a quota aimed at increasing female political representation.

At the human rights level, Morocco adopted a new law regulating work for domestic workers. This legislation is “ground breaking” in as far as it will protect the rights of this social category.

This new law “could help protect thousands of women and girls from exploitation and abuse,” commented international rights watchdogs.

Morocco has made another major stride in 2018 in the promotion of women rights with a new law criminalizing harassment, aggression, sexual exploitation of women or their ill-treatment.

The law includes a ban on forced marriage, sexual harassment in public places, and tougher penalties for certain forms of violence.

The Moroccan civil society has also pushed forward the debate in favor of gender equality in inheritance.

It has been 11 years that Morocco enabled Moroccan women to pass their citizenship to their offsprings born to foreign fathers. The number of the children who received the Moroccan nationality from their mothers rose to 33,500 children last year.

Morocco is now working on a new legislation, tabled by the parliament majority bloc, to enable Moroccan women to pass nationality to their foreign spouses.

The draft amends the provisions of Article 10 of the nationality law, which grants Moroccan nationality only to a foreign wife of a Moroccan citizen.

The draft law aims at ending such a discrimination by naturalizing husbands of Moroccan women provided they prove they had been married for 5 years at least.

Morocco, a Muslim country, sets example for Arab and Islamic countries in women empowerment. The North African Kingdom continues to expand women’s rights under the leadership of King Mohammed VI, “Commander of the Faithful”, who has approved a motion, allowing women to become “Adouls”, public notary officials, a profession traditionally held by men.

This unprecedented and historic move has enabled 299 Moroccan women to pass with high marks the exam of public notaries and become thus the first-ever group of women Adouls in Morocco.

“No country, economy, business or society can tackle today’s challenges, nor ensure optimal use of its resources and energies, without the full involvement of women,” the Monarch said in a speech in September 2018, staying the course as regards women’s empowerment although much has been achieved in 20 years to raise the woman from the status of an eternal minor to adulthood, confirming thus the Moroccan exception.