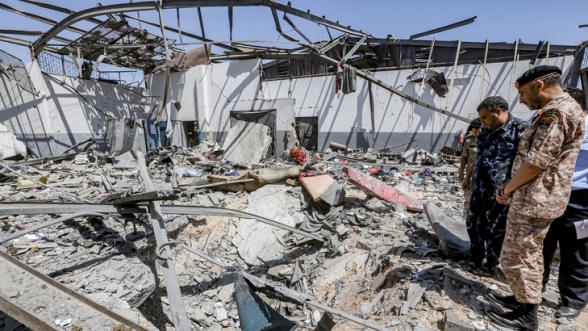 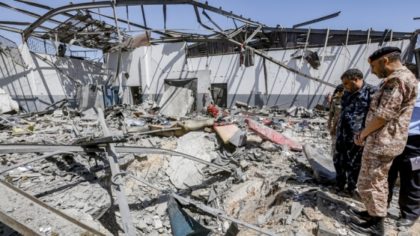 Morocco expressed its deep concern following an attack on a migrants’ detention center in Libya that killed 44 people.

The United Nations has called for an independent inquiry into the bombing of the detention center that left at least 44 dead and more than 130 severely injured, describing the attack as “a war crime and odious bloody carnage”.

The attack is blamed on forces loyal to renegade general Khalifa Haftar who, with backing from the UAE and Egypt, has hit a dead end in his efforts to take Tripoli where the International recognized government is based.

Morocco’s consulate in Tunisia, which set up a crisis cell, said it was following closely the situation after the blast to make sure whether Moroccans are among the victims following reports that many Moroccans might have died in the attack.

A spokesperson for the GNA revealed at a news briefing Wednesday that a Moroccan national was among the victims.

Later on, the Libyan authorities have informed the Moroccan crisis cell in Tunis that there are Moroccan casualties and that three of them are wounded, the news portal le360 reported.

“At the time of the raid, 15 Moroccan nationals were staying in this center, three of them were wounded while we have no news for the moment on the fate and identity of the rest of the group,” a source from the Moroccan consulate told le360.

Morocco took measures to identify and repatriate the bodies of the dead in case there were any Moroccans among the victims of the attack.

The detention center east of Tripoli was housing more than 610 people when it was hit by two airstrikes.

The UN refugee agency had previously called for removing the people detained in the center in Tajoura, expressing fears that they were likely to be victims of air raids being mounted by Haftar’s air force.

The area which is hosting several GNA military facilities has been deserted by civilians and is often targeted by Haftar’s forces.