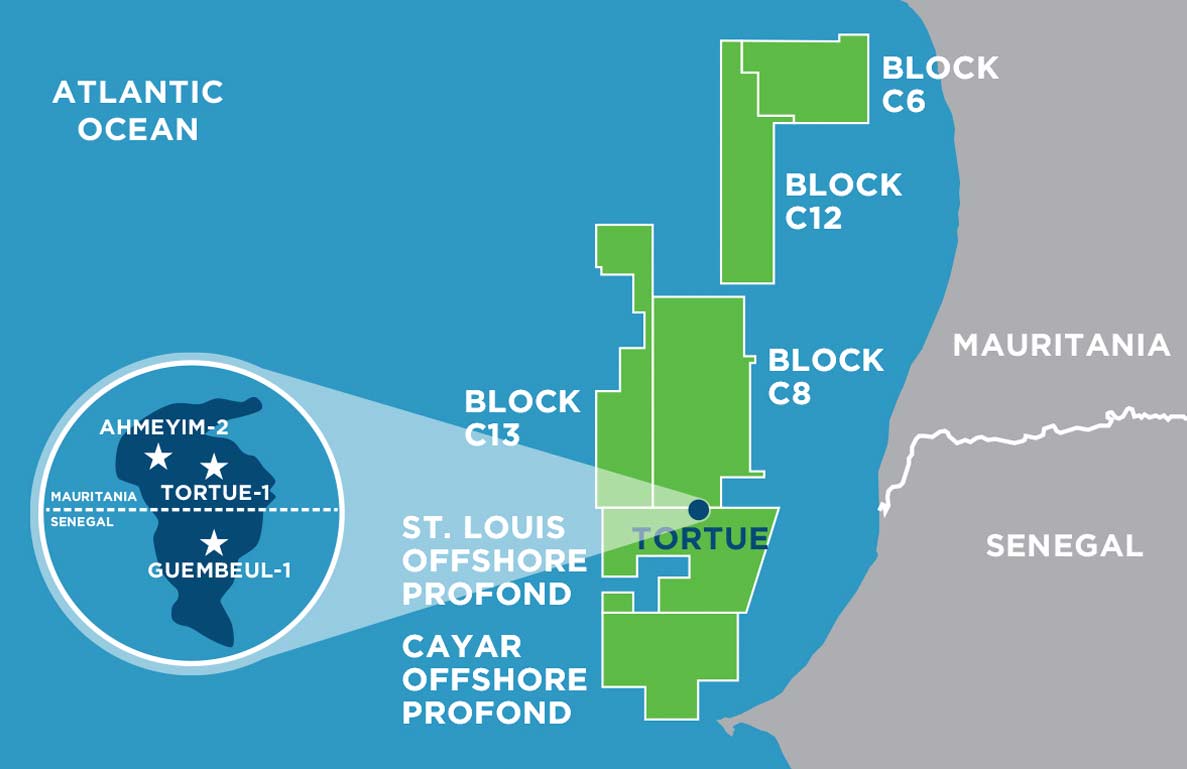 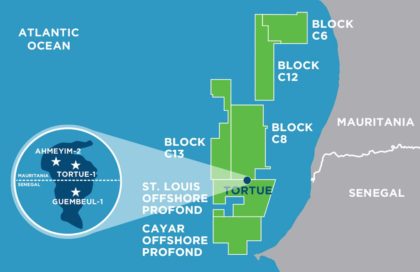 Gas production potential bodes well for both Mauritania and Senegal after 30 meters of net gas pay was found in the greater Tortue Ahmeyim offshore project on the border between the two West African nations.

The finding was made by Dallas-based operator Kosmos Energy, which has a joint-venture with BP in the area as well as state-owned Société des Pétroles du Sénégal and Société Mauritanienne des Hydrocarbures et du Patrimoine Minier.

The new well “confirms our expectation that the gas resource at Greater Tortue Ahmeyim will continue to grow over time and could lead to further expansion,” said Andrew Inglis, Chief Executive Officer of Kosmos Energy.

Greater Tortue Ahmeyim gas discoveries were first made in 2015 and 2016 and are expected to produce first gas by 2022, rendering it the quickest even liquefied natural gas project.

The two countries signed an agreement in 2018 to work together and share returns of gas production off their coasts.

The Greater Tortue Complex, which straddles the two countries’ maritime boundary, is estimated to hold more than 25 trillion cubic feet of gas.