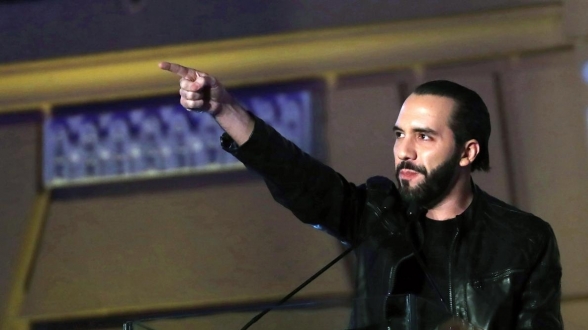 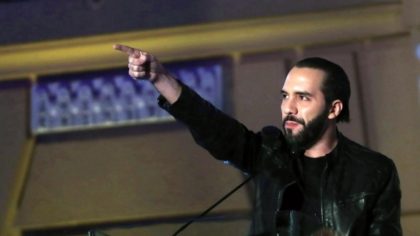 Salvadoran President Nayib Bukele explained Saturday in San Salvador his decision to immediately cut off all diplomatic relations with the Polisario and its self-proclaimed Republic, that he labeled “a virtual entity”.

This decision puts El Salvador “on the side of the rest of the world, which respects the sovereignty of Morocco,” said the head of state of El Salvador during a press briefing.

“For ideological reasons, El Salvador had recognized a virtual, non-existent republic, which has no territory or population,” he said.

“El Salvador’s relations with Morocco and all the Arab countries have since declined for a decision that makes no sense, a decision made for purely ideological reasons,” Bukele said.

Admitting that the decision to recognize the “RASD” has “isolated (his) country from Morocco and the Arab world”, the Salvadoran President voiced his country’s willingness to strengthen cooperation relations with Morocco in all areas.

Earlier Saturday, President Nayib Bukele had announced that El Salvador has decided to no longer recognize the separatist entity “RASD” affirming his country’s support for the territorial integrity of the Kingdom of Morocco

“From this day, El Salvador breaks diplomatic relations with the Polisario Front and no longer recognizes the RASD,” announced the new President of El Salvador, Nayib Bukele, on his tweeter account.

The announcement was confirmed later in a joint statement signed by Salvadoran Foreign Minister Alexandra Hill Tinoco and his Moroccan counterpart Nasser Bourita who was visiting the Latin American country.

With El Salvador’s decision, the Polisario is losing more ground in Latin America, after Peru, chile, Suriname, the Dominican Republic, and others did the same.

According to analysts, the very few Latin American States, mainly Venezuela, Nicaragua, Mexico, Cuba, Bolivia, and Uruguay that still recognize the Polisario will not be long to follow suit and choose the path of reason.

North Africa Post's news desk is composed of journalists and editors, who are constantly working to provide new and accurate stories to NAP readers.
NEWER POSTSpain’s Air Europa resumes flights to Tunisia after nine-year halt
OLDER POSTSale of 8 per cent of Morocco’s stakes in Maroc Telecom to yield around $1 billion