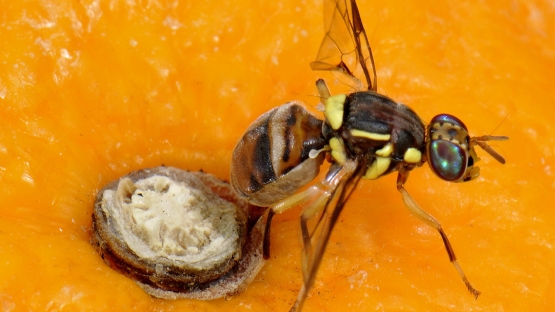 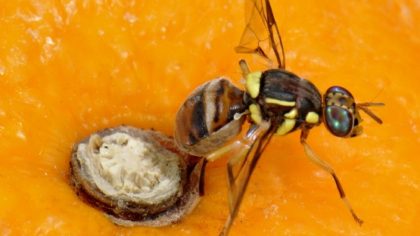 The International Atomic Energy Agency (IAE), in cooperation with the Food and Agriculture Organization (FAO), has helped Morocco achieve its first victory in the ongoing campaign to suppress Mediterranean fruit fly, sometimes referred to as the ‘medfly,’ which is threatening the country’s economy.

To suppress the pet, the Moroccan Government and producers have committed to the construction of a facility capable of producing, sterilizing and releasing sterile male medflies, known as the sterile insect technique (SIT), said the IAEA in a press release, explaining that the SIT is an environmentally friendly nuclear technique that can lead to the suppression or elimination of insect pests.

Through the delivery of training, expert visits and the procurement of equipment, the IAEA and the FAO are supporting the set-up of the facility, under construction near Agadir, in the heart of Morocco’s citrus-producing region. The mass rearing facility is expected to reach or exceed a weekly production of 100 million sterile medflies per week, which will be sufficient to cover the 180,000 hectares in which most commercial and wild citrus are found in the Souss Valley, explained Walther Enkerlin, an expert at the Joint FAO/IAEA Division of Nuclear Techniques in Food and Agriculture.

A SIT intervention across such a broad area requires a sequential approach, so the total area has been divided into ‘SIT blocks’. Facility operations, sterile flies rearing and release are expected to start in early 2020 and pest suppression will be gradually implemented, advancing from one block to the next, until effective pest suppression is achieved, the IAEA said.

Controlling medflies, however, is not enough. Invasive fruit fly species, present in neighboring countries, could undermine the success of the suppression of the medfly. These include the peach fruit fly and the Oriental fruit fly.

In order to mitigate this risk, the IAEA has helped Morocco in the development of the early detection of and emergency response to incursions of invasive fruit fly species. The IAEA conducted a transfer of relevant technologies—including geographical positioning systems (GPS) for the preparation of maps, and geographical information systems (GIS) for data analysis—and delivered training, allowing counterparts in Morocco’s National Office for Food Safety to launch an area-wide campaign to prevent the incursion of these invasive pests.

As a result, Morocco has successfully deployed a national surveillance network for the early detection of new fruit fly species, and the National Office for Food Safety has built the necessary capabilities for an emergency response in the event of a new pest incursion.

The surveillance network is composed of eight sites, classified as high-risk points-of-entry, located along the country’s borders, with a total of 94 traps. Additionally, traps have been placed in 19 supplemental sites identified as risk sites, including in fruit markets, tourist sites and some orchards close to risky areas.

The cultivation and export of citrus plays a significant role in Morocco’s economy. It employs more than 13,000 farmers and farm workers and produces exports worth $300 million per year. However, the continued growth and success of this industry has been threatened by the presence of the ‘medfly.’

As medflies have made their home in Morocco’s citrus orchards and farms, the volume of the country’s citrus exports has been reduced due to yield reductions caused by direct damage to fruit and to increased production costs associated with the use of insecticides and post-harvest treatments, necessary for fruit exports, the press release said.