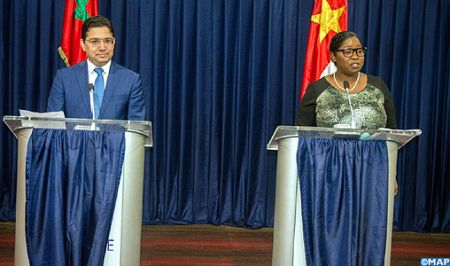 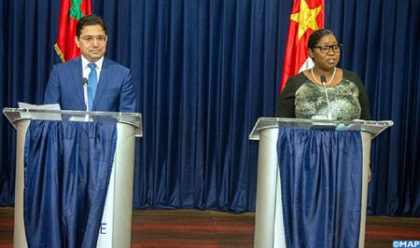 Suriname has expressed outright support for Morocco’s sovereignty over its southern provinces, the Sahara, and backed the Kingdom’s efforts to settle the regional dispute within the framework of the UN.

This came in a joint statement issued following a visit by Foreign Minister Nasser Bourita to the Surinamese capital Paramaribo where he held talks with his counterpart Yldiz Pollack-Beighle on the means to strengthen trade and investments as well as exchange of experience and cultural cooperation.

“The government of the Republic of Suriname reiterates its decision of March 9, 2016 which has been shared with the UN stating that it withdrew recognition of the so-called SADR Republic (Polisario),” said the joint declaration.

Surinam said its position is “principled in favor of dialogue and peaceful solutions of crises” while lauding “Morocco’s commitment to finding a lasting political and mutually-acceptable solution” to the conflict.

The Latin American country also called on all the parties to continue on the path of dialogue “in order to reach a solution within the framework of Morocco’s sovereignty and territorial integrity,” said the statement.

The document also highlighted the leadership and actions spearheaded by King Mohammed VI in Africa and beyond.

“The government of Surinam commends the role played by HM King Mohammed VI as an African leader and through regional diplomacy in Africa and elsewhere in the globe,” reads the document.

The talks between the Moroccan foreign minister and his Surinamese peer also raised cooperation within the UN and the need to enhance multilateralism in tackling global issues and crises.

Bourita’s visit to Suriname is part of a regional tour that previously led him to the Dominican Republic.

The visit highlighted by the signing of two cooperation agreements on trade and investment and on tourist and business visa exemption.

The first agreement provides for the creation of a joint working group tasked with fostering economic and trade relations between the two countries, promoting the sharing of data, strategies and expertise between the public and private sectors, and exploring ways to improve the business climate.