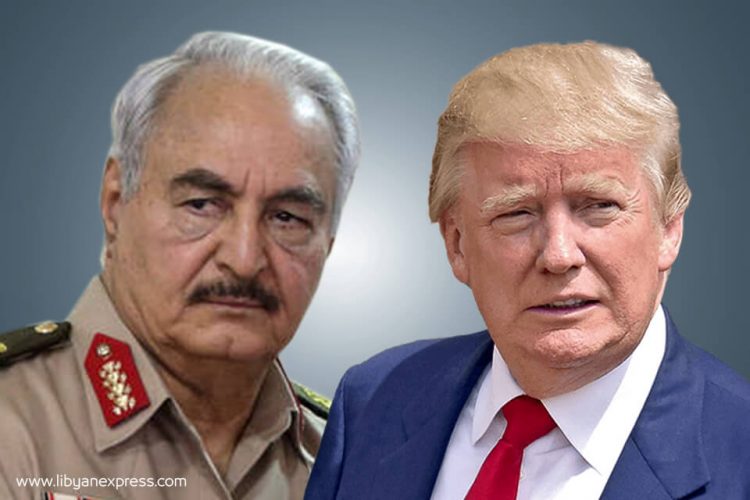 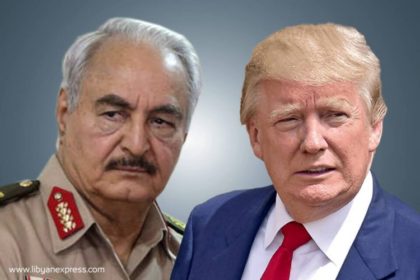 Some high profile US politicians have brushed aside reports that President Donald Trump had extended eastern Libyan military commander Khalifa Haftar an invitation to visit the White House, saying the news of the alleged visit are fake, Libya Express reports.

Libya Express last week, citing anonymous sources loyal to Haftar, reported that the military commander who has been trying to seize Tripoli, received an invitation to the White House and could meet with the US President on June 15.

Haftar launched early April an offensive against Tripoli, which houses the UN-backed Government of National Accord (GNA), allegedly to dislodge terror groups from the capital city.

The military warlord later in April received a phone call from Trump who endorsed the campaign. Media reports in the US noted that Trump chose to side with Haftar at the request of Saudi Arabia and the UAE.

US Senators, members of the Foreign Affairs Committee, reportedly sent a letter, few days ago to Trump asking him to drop his endorsement of Haftar, and voicing concerns over the military escalation in Libya.

“Our concern has mounted since the Tripoli offensive led by Khalifa Haftar, which caused many deaths, injuries and displacements. This fighting could widen the circle of violence and chaos in Libya,” the letter reads.

The US Senators, including Republican Lindsey Graham, argued that some neighboring countries of Libya are fueling the fighting by supporting their allies inside the country and that this “goes against the US policy.”

The US Senators underlined that there can be no military solution to the Libyan crisis and urged the US President to press for a ceasefire and back UN efforts pushing for the establishment of a civilian administration.