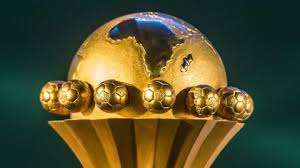 AFCON: CAF vows to beef security during competition in Egypt

The African football governing body CAF has pledged to tighten security during the African Cup of Nations to take place in Egypt, which has been battling with militant groups opposed to the regime of President Fattah al-Sisi.

“Security is a big problem in the world, not only in Egypt. No country can be sure that nothing will happen. It is very sad to feel like that,” CAF boss, Ahmad Ahmad told reporters during a two-day visit in South Africa on Wednesday.

“The Egyptian government and CAF have for the first time implemented a security committee and they will continue to work together to try and make sure that nothing will happen.”

Egypt will hosts June 21-July 19 the continent’s largest and greatest football event where 24 countries will compete.
Ahmad’s comments came following recent statement by the Egyptian interior ministry warning that Hasma, a militant group known to have staged several terror attacks, is planning a series of attacks in the country to create an “atmosphere of chaos”, africa.espn.com reports.

Nearly two weeks ago, at least 17 tourists including South African holidaymakers were injured in a bomb attack against their bus, on the perimeter of the Grand Egyptian Museum.

Militant groups have since 2013 been staging attacks across the country but mainly in restive Sinai province. The attacks surged following al-Sisi’s military coup against first democratically elected leader Mohamed Morsi.