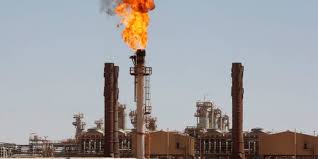 Algeria’s Minister of Energy Mohamed Arkab has announced that the final version of a new hydrocarbon law has been drafted and will be submitted to authorities for approval.

OPEC member Algeria relies heavily on oil and gas, which account for 60 percent of the budget and 94 percent of its export revenue, despite promises to launch reforms and diversify the economy.

The draft has been finalized according to the orientations of the Inter-ministerial council and has been handed over to the various ministerial departments for possible add-ons. The bill covers institutional, contractual, fiscal and environmental terms.

The 51/49 rule in the current law – which forbids foreign investors from owning more than 49 percent of an Algerian company – would not be withdrawn from the future bill.

“We will not alter the 51/49 rule. However, further amendments will allow us to improve investment conditions from a legal, institutional and fiscal point of view,” Arkab said.

In his words, the goal of the new law is to counter a “slowdown in new exploration and production contracts” as well as “restore the country’s extractive industries attractiveness, increase production levels and bring in foreign direct investment in the petroleum sector, without threating national sovereignty.”