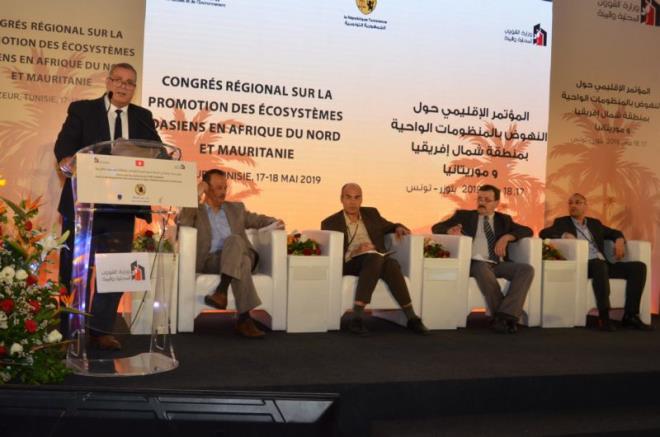 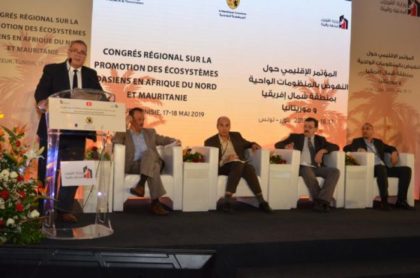 A regional conference on the promotion of oases in North Africa and Mauritania held in Tozeur, Tunisia, last week underlined that $24 million funding was needed to preserve the green areas in the region desert.

Participants in the conference, recognizing oases as a historical, cultural, environmental, civilizational, national and international heritage that must be preserved, have decided to ask for the funding, in the form of donation, from the Green Climate Fund ($10 million) and from the Adaptation Fund ($14 million) said the representative of the Sahara and Sahel Observatory (SSO), Nabil Hmada.

Speaking at the closing of this conference held May 17-18, the SSO official said the finalization of the funding process will last 15 months and it will benefit six countries concerned by the development of oases, namely Tunisia, Morocco, Algeria, Libya, Egypt and Mauritania, Tunisian news agency reported.

Participants recommended supporting national, local and international initiatives aimed at improving the adaptation of oases to climate change and strengthening the means of sustainable development within them.

In addition, participants called for a development vision based on an integrated approach between different sectors and stakeholders (government departments, civil society, private sector, university and scientific research institute).

They also called for strengthening mechanisms for cooperation and sharing of experience in the field to develop a regional work plan for oasis governance, while taking into account local and national specificities and making use of new technologies.

“The recommendations from this meeting must be implemented, especially those relating to the preservation of oases and their integration into the economic system, as well as the establishment of companies specializing in the investment in this area and the mobilization of funding, said Tunisian Minister of Local Affairs and Environment Mokhtar Hammami.

The regional conference was organized in cooperation with the World Bank.