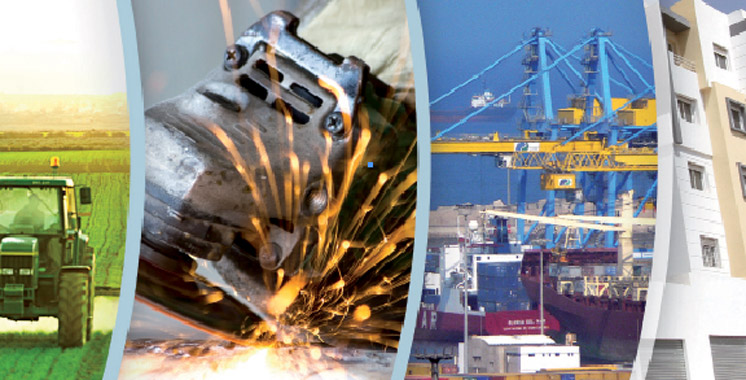 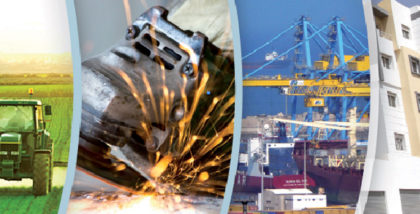 Morocco has taken a series of reforms to diversify the triggers of growth for its economy away from dependence on agriculture, phosphates and tourism through developing competitive industries and diversifying its trading partners.

Agriculture weights about 15% of the Moroccan economy making the amount of rainfall key to influence economic performance. Last year, cereals output was 10.3 million tons helping the country save some of its hard-won foreign currency. This year, however, yield is expected to shrink to 6.4 million tons.

However, growth in non-agricultural sector is on its way to offset the volatility of agricultural production, which often depends on climatic conditions. The industrialization strategy followed by the country has created an enabling environment for emerging sectors to become export engines.

The plan has already met 81% of its goal to create 500,000 employment opportunities as international giants continue to invest in Morocco’s industrial ecosystems that aim at integrating the value chains and the consolidation of the local relations between big firms and SMEs.

This approach is meant to facilitate technology transfers as well as further business integration to improve quality and productivity.

Some of the most remarkable results were posted by the car industry as Morocco became in 2018 Africa’s largest car exporter. The country is also a platform for aeronautical industry and phosphates-related industries.

Internally, reining the budget deficit becomes a priority after the extensive spending that marked the post Arab spring years with the deficit hitting 7.2 % in 2012. In 2019, the budget law expects the deficit to shrink to 3.5% as spending reforms continue.

Besides improving its business climate to attract more foreign investors, Morocco is also gearing efforts to facilitate the access to finance by SMEs, which employ 80% of the active population.

The move towards a gradually more flexible exchange rate was a sign of maturity and confidence in the Moroccan economy. One key indicator of the Kingdom’s readiness to move to a dirham float is the rising volumes of foreign exchange reserves, which stand at 227 billion dirhams this month, allowing the country to absorb external shock, set specific inflation targets and keep speculation to a minimum as investors will be reassured that the dirham is not overvalued.

At the level of trade, Morocco has signed free trade agreements with Canada, the US and Turkey as well as being a member of the European free Trade Association. Under the Agadir agreement, the Kingdom enjoys preferential trade ties with Jordan, Tunisia and Egypt.

To unlock the full potential of its assets, Morocco has to forge ahead with reforms to diminish the impact of rainfall on economic growth through improving education and the competitiveness of the industrial fabric.

North Africa Post's news desk is composed of journalists and editors, who are constantly working to provide new and accurate stories to NAP readers.
NEWER POSTMali inks agreement with AfDB to improve climate resilience
OLDER POSTTunisia struggles with spillover of war in Tripoli