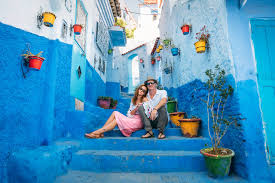 The French Foreign Ministry’s updated travel warning states that areas at risk are expanding in Africa, on the backdrop of rising terrorist threats, and that only one country on the continent is considered “safe”: Morocco.

This update comes after the kidnapping of French tourists in Benin and whose release in Burkina Faso resulted in the death of two members of the French Special Forces.

The French Foreign Ministry has thus revised the level of vigilance to be observed in several regions, especially on the African continent where the risk is gaining ground with rising terrorist threats.

The French ministry ranks the countries of the world in four colors according to their risk: Red for “formally inadvisable”; orange for “not recommended except for imperative reason”; yellow for “enhanced vigilance”; and green for “normal vigilance”.

At the African scale, Morocco is the only country classified in the “Green” or “normal vigilance” level, in the same way as the European countries, the United States, Canada, Australia, Argentina, and Japan, countries that are declared secure and safe for tourists.

It should be noted that in November 2018, Morocco ranked 8th in the world as the safest destinations, according to the British magazine Which Travel. The magazine ranks each year the 20 safest tourist destinations in the world based on three basic criteria, namely crime rate, terrorist threat and catastrophic risk.

The French travel advisory considers the Sahel-Sahara zone as the most risky in the African continent, especially the area going from Mauritania to Somalia, via Mali, Niger, Burkina Faso, Sudan, Libya and part of Algeria. The presence of jihadist groups in this region is a source of concern for the French authorities.

Thus, the territories of Mali, Niger, South Sudan and Somalia are classified “Red” and therefore French travelers are “strongly discouraged” to go there.

Meanwhile, the areas classified “Orange” and “not recommended unless for an imperative reason” continue to expand. They now cover a large part of Algeria, Mauritania, Burkina Faso, Nigeria, Chad and the countries of Central and Eastern Africa.

In this connection, the French Foreign Minister, Jean-Yves Le Drian, invited Saturday (May 11) French tourists to utmost caution in the Sahel.

The yellow or “reinforced vigilance” is recommended for Mauritania (a large part of the territory), Senegal, Côte d’Ivoire, Guinea, Southern Africa, etc.

In many countries, red areas coexist with orange or yellow zones, as is the case for Algeria, where no zone is classified risk-free. Yellow, orange and red cover the whole territory.

North Africa Post's news desk is composed of journalists and editors, who are constantly working to provide new and accurate stories to NAP readers.
NEWER POSTRecord Seizure of 11 Tons of Cannabis in France in Close Cooperation with Moroccan Police
OLDER POSTSahara: Polisario Tries to Woo Germany to Exert Pressure on Horst Köhler