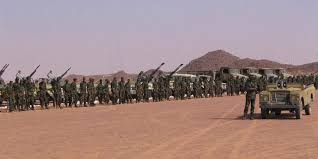 The Association of Friends of Morocco in Argentina (ASAMIMARG) has called on the international community to act to put an end to the hardships suffered by the Sahrawis sequestered in the Tindouf camps in Algeria.

The Association, which includes academics, researchers, politicians, media professionals, economists and experts, denounced the Polisario brutal repression, abuse and ill-treatment of the besieged inhabitants of the Tindouf camps wherein the Sahrawis suffer daily from all kinds of cruel torture and violation of their basic human rights.

The Association members urged the international community to intervene to ensure full respect of human rights in the Polisario-run Tindouf camps, and stressed the need to conduct a census of the Sahrawis held against their will in these camps lacking all conditions for a decent life.

They said separatist leaders seek to prolong the Sahara regional conflict to justify its existence as an armed group embezzling the international humanitarian assistance to line up their pockets and serve their own interests at the expense of the suffering of the camps’ populations.

These Moroccan citizens should return to their country of origin, Morocco, to live in dignity in the southern provinces, under the autonomy initiative proposed by the Kingdom to end this long-running regional conflict, said the Association in a press release.

It called on the United Nations and human rights organizations to take urgent actions to end the Polisario oppression in the Tindouf camps and to enable the sequestered Sahrawis to enjoy the freedom of speech, movement and assembly.