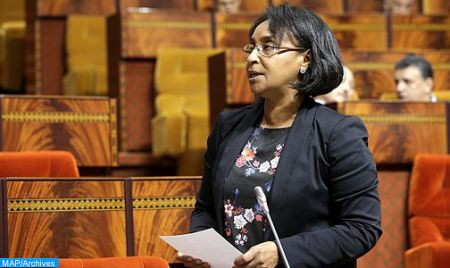 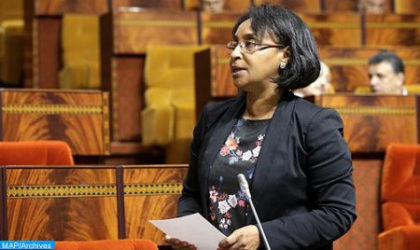 Moroccan Secretary of State to Foreign Affairs Mounia Boucetta said on Monday that UN resolution 2468, adopted lately by the Security Council on the Sahara, calls for a realistic, pragmatic and enduring solution based on compromise and thwarts unrealistic and unilateral solutions.

Speaking at the question time at the House of Representatives on the Sahara issue, Mrs. Boucetta affirmed that the autonomy plan offered by Morocco is the only solution, which is in line with the UN Security Council resolutions, contrary to the unrealistic and unilateral solutions laid out by the enemies of Morocco’s territorial integrity.

Thanks to the royal vision, the national cause is witnessing important and very positive developments, she added, highlighting the soundness of the Moroccan approach in defending the legitimate rights of the Kingdom, the serious aspect of its stand and the country’s commitment to finding a solution to this regional conflict.

These developments show the continuous and growing international support for Morocco and its efforts are described as serious and credible, explained Mrs. Boucetta.

In the latest UN resolution on the Sahara, Algeria was cited five times for the first time since 1975, added the Secretary of State, noting that the Security Council recognizes that a strong, continuous and constructive involvement of Algeria is necessary to put an end to this long-running regional dispute.

She said Morocco continues to defend its interests, seeking to reach a political solution, while insisting on the pre-eminence of the autonomy plan, conducting a census of the population in the Tindouf camps and reaffirming the historical & legal status of the zone, situated in the east and south of the Moroccan defense structure.