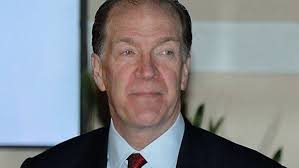 Malpass made the statement after touring Madagascar, Ethiopia and Mozambique on April 29-May 3. He met with these countries’ leaders and stakeholders and visited World Bank-funded projects.

Africa is working at reducing poverty and there have been some reductions in some countries, but as a whole there is an increasing amount of the number of people that are in extreme poverty, he said.

He pledged to step up the bank’s anti-poverty mission, making more of its grants, more of its loans to Africa as a percentage and in absolute dollars.

He added that the bank’s International Finance Corporation would also boost its activities on the continent.

The growth story in Sub-Saharan Africa in the past few years has been one of faltering recovery from the worst economic crisis of the past two decades.

The report notes that the three largest African economies—Nigeria, Angola and South Africa—play a big role in the region’s growth.