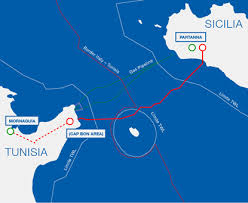 Italy and Tunisia are reviving plans for power interconnection between the two countries.

The project has been under development by Italian transmission company Terna and Tunisian gas and electricity group STEG since 2003.

The project was originally conceived to export power generated in Tunisia to Italy but is now based on an electricity exchange in the opposite direction.

During the first meeting of the Tunisian-Italian Higher Council of Strategic Partnership, heald earlier this week in Tunis, Italy’s deputy prime minister and minister of economic development, Luigi di Maio, and Tunisian minister of industry and SMEs, Zied Ladhari, have committed to build an extra-high voltage direct current connection between the two countries.

According to di Maio, the project will make it possible to integrate the two electricity markets, significantly improving the interconnection of the EU system with North Africa, said Five Star Movement leader Di Maio.

The World Bank, which is arranging financing for the project, says terrestrial and marine feasibility studies, which have been put out to tender, as well as transaction advisory services and a financial model, should be finished before 2022.

According to TAP news agency, Italy would contribute €5 million to the feasibility studies.

Tunisia imports most of its energy needs, despite being a relatively small natural gas and oil producer. The interconnector will contribute to achieving Tunisia’s renewables development by providing access to large back-up power capacity.