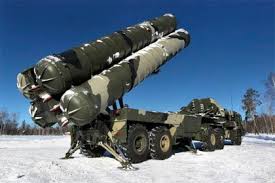 Despite deepening political crisis and growing social woes, the Algerian authorities continued their spree spending on weaponry instead of funding socioeconomic development projects.

With a total of $9.6 billion in 2018, Algeria had by far the highest military spending in Africa, says the Stockholm International Peace Research Institute (SIPRI) in latest report.

The rich oil-gas country, one of the largest defense budgets in Africa, remains on Russia’s top ten list of foreign military sales customers.

According to SIPRI, the military spending in North Africa totaled $22.2 billion in 2018, a decrease of 5.5 pc compared with 2017, reflecting a downward trend in the continent.

Globally, total world military expenditure rose to $1822 billion in 2018, representing an increase of 2.6 pc from 2017. The five biggest spenders in 2018 were the United States, China, Saudi Arabia, India and France, which together accounted for 60 pc of global military spending.

The World spending is now 76 pc higher than the post-cold war low in 1998. “In 2018, the USA and China accounted for half of the world’s military spending”, says SIPRI in its report.