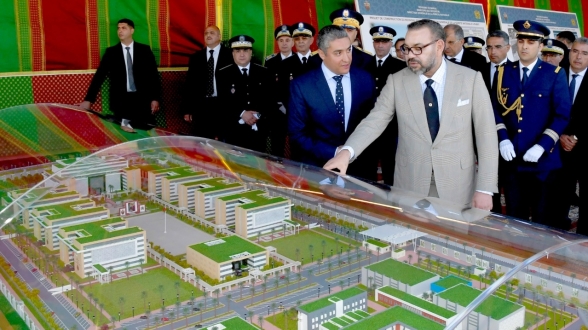 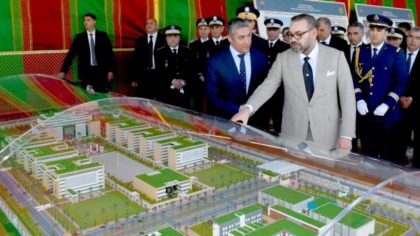 King Mohammed VI broke the ground Wednesday for the start of the construction of the new headquarters of the national police (DGSN), meant to be an engine of modernity and efficiency in police actions at the service of Morocco’s security.

This royal gesture is a recognition for the tireless efforts and huge sacrifices made by police agents, men and women, to ensure the security of citizens, protect their properties and preserve public order. It is also a recognition for their spirit of mobilization, vigilance and determination while fulfilling their duties, stated MAP news agency.

The project, to cost 2 billion dirhams, is in line with the King’s directives to the government to provide the police institution with all the necessary human and financial resources to help it conduct its mission properly.

The new headquarters, a modern and integrated administrative complex to be completed within five years, meets the highest security standards, integrates the latest state-of-the-art technologies, supports the development and modernization of the police institution in terms of human and material resources, and contributes to strengthening the Moroccan model of national security.

The facility will house all police directorates and central services, in addition to a 1,200-seat conference room, a police museum, an archives centre, an identity data bank, ID cards printing facility, and a computer centre. The new headquarters can also accommodate reserve forces.

Also on Wednesday, King Mohammed VI inaugurated, in the same Hay Ryad district a medical Centre destined to the National Police members and their families.

The new facility includes a radiology centre, a medical analysis laboratory and a day hospital, all equipped with the latest generation equipment. It is meant to upgrade the medico-social services offered to the national police.