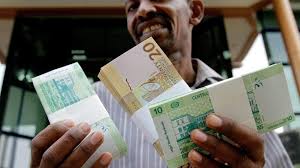 The United Arab Emirates and Saudi Arabia have granted Sudan a $3 billion aid package, of which $500 million will go to the central bank of Sudan.

The move is meant to strengthen Sudan’s financial position, ease the pressure on the local currency and increase stability in the exchange rate, Saudi state news agency SPA reported.

After a 20-year US trade embargo was lifted in 2017, government officials predicted an economic revival, but instead, the economy has faltered and the value of the Sudanese pound plummeted.

The country has also suffered from an acute lack of foreign currency, which became a key factor behind the nationwide protests that led to the removal of President Omar Al Bashir by the army earlier this month.

The shortage of foreign currency made it difficult to import even crucial medicine.

The UAE and Saudi aid package was to strengthen the financial position and ease the pressure on the Sudanese pound, the Saudi Press Agency said, adding that the aid package was also to be spent on urgent needs such as food, medicine and oil.

The Sudanese pound surged on the black market on Sunday over expectations that Al Bashir’s removal would lead to new inflows of dollars and ease the foreign currency shortage.

According to a Tel Aviv-based newspaper, Haaretz, the two countries have ties with the head of Sudan’s Transitional Military Council, Abdel Fattah al-Burhan and his deputy, Mohamed Hamdan Dagalo, through their participation in the Saudi-led coalition fighting in Yemen.

The Sudanese military removes President Omar al-Bashir, but renewed protests in Khartoum are calling for a civilian government.

President al-Bashir, who ruled Sudan in autocratic style for 30 years, was overthrown and arrested in a coup by the armed forces.

The ouster of Bashir, 75, followed months of demonstrations against his rule.

The head of Sudan’s Transitional Military Council said on Sunday that the formation of a joint military-civilian council was under discussion.