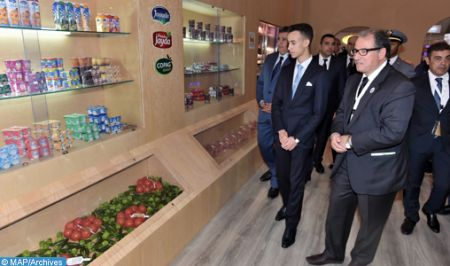 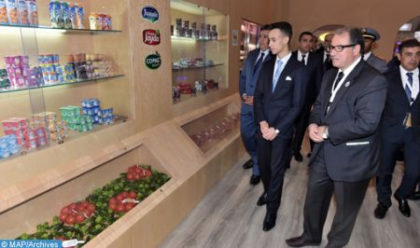 Morocco’s Crown Prince Moulay El Hassan chaired, on Tuesday in Meknes, the opening of the 14th edition of the International Agricultural Fair (SIAM 2019), held April 16 through 21 under the theme “Agriculture, an employment lever and the future of the rural world”.

At the beginning of the ceremony, Crown Prince Moulay El Hassan handed distinctive signs of origin and quality to four farmers/producers from various regions of the country.

Afterwards, the Crown Prince toured the fair pavilions and got informed on the products exhibited.

He also stopped by the forum for youth entrepreneurship in rural areas held on the sidelines of the fair.

The SIAM is a key annual event to display progress made in the agricultural field and showcase the important role played by agriculture as one of the major levers of economic growth.

Some 1,500 exhibitors from 60 countries are taking part in the fair.