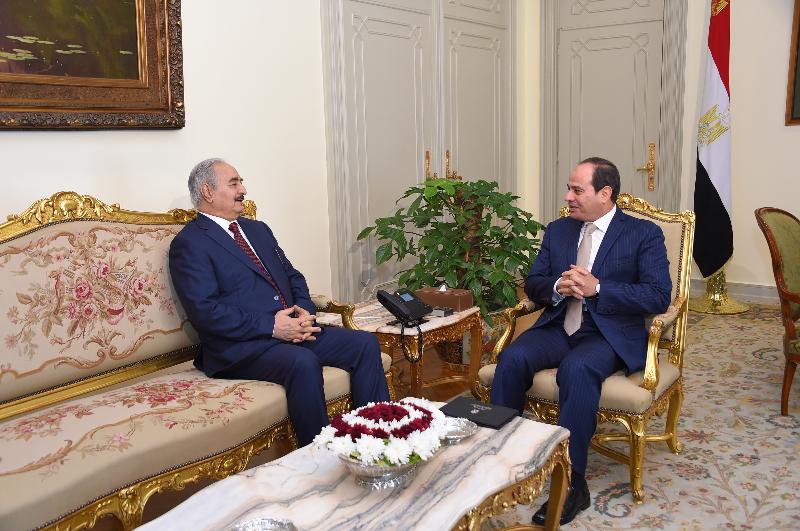 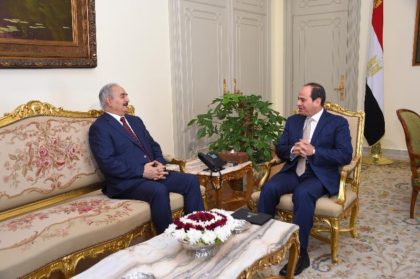 Khalifa Haftar, commander of the self-style Libyan National Army (LNA) Sunday received his first open international endorsement for his offensive on Tripoli as he met Egypt’s President Fattah al-Sisi who launched his weight behind the so-called war on terror.

“The president affirmed Egypt’s support in efforts to fight terrorism and extremist militias to achieve security and stability for Libyan citizens throughout the country,” Sisi’s office said following the meeting.

Haftar launched on April 4 an offensive on the Libyan capital representing the seat of the UN-backed Government of National Accord (GNA), in view of flashing out, he claimed, terror groups reportedly linked to Muslim Brotherhood.

The offensive has met tough push-back from forces loyal to the GNA on the outskirts of Tripoli. The GNA forces reportedly Saturday brought down an aircraft belonging to the LNA in a sign of full flesh fighting.

The fighting according to UN World Health Organization has caused at least the death of 121 people, with nearly 600 people injured. The military showdown has also displaced 13,000 according to the UN agency. Some of those fleeing the clashes crossed the border into Tunisia.

Al-Sisi’s endorsement will embolden Haftar who is facing international call to halt his ambition. The UN who has been forced to delay a national reconciliation forum it planned for April 14-16 ruled out any military solution to the Libyan political crisis. The US and several world powers called on Haftar to suspend the military march on Tripoli.

The North African country has been without a central government since the removal and death of Muammar Gaddafi in 2011, in a NATO-backed revolution.

The GNA, established in December 2015 under the Skhirat accord, has been struggling to impose its authority as it faces rivalry from Haftar-backed administration based in the east.