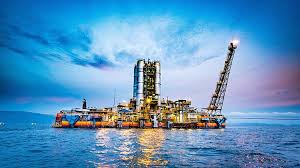 Symbion Power has signed an agreement with the Rwandan government for the construction of a 56 MW power plant on Lake Kivu in the Eastern African nation.

The 56 MW power plant will be operational in fourteen months with a cost estimated at $200 million.

The construction of the plant is part of the Rwandan government’s strategy to increase national capacity from 221 MW to 512 MW by 2024, the year in which Rwanda hopes to increase access to electricity for all its inhabitants to 100%.

According to local media close to the project, the energy produced by the plant will be injected directly into Rwanda’s national electricity distribution grid.

“The two energy projects on Lake Kivu will increase our capacity by 81 MW and significantly reduce the current cost of power generation in Rwanda,” said Symbion Power.

The Rwandan government has mobilized $491 million for a series of projects including the construction of the 56 MW power plant on Lake Kivu.

In Rwanda, the number of households connected to electricity increased from 10 percent in 2010 to 51 percent as of February 2019, according to the Rwandan Energy Group (REG).