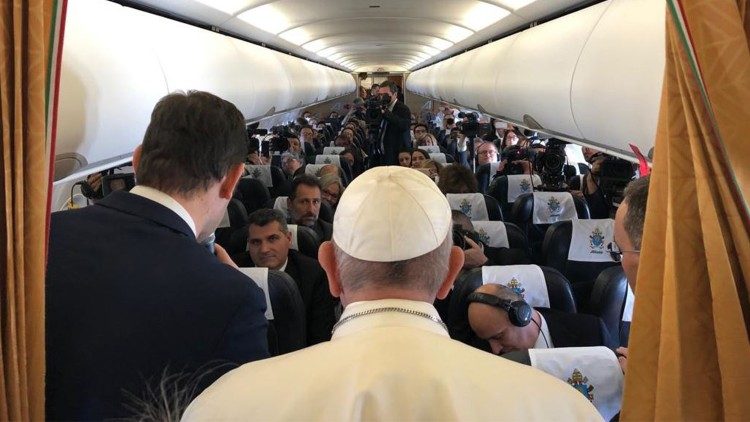 Religious freedom in Morocco, “a beautiful flower of coexistence that promises to bear fruit” – Pope Francis 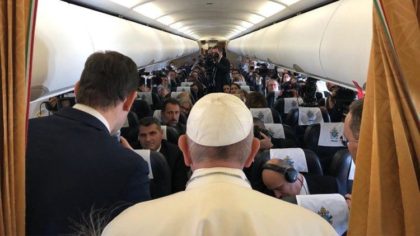 Pope Francis who was on two-day apostolic visit to Morocco March 30-31 hailed the religious freedom he witnessed in Morocco and the respect with which all brothers and sisters are welcomed and upheld the example of Morocco where, he said, people of all faiths are protected.

“This is a beautiful flower of coexistence that promises to bear fruit,” he told reporters on the papal flight bring him back to Rome, expressing satisfaction for having been able to talk about peace, unity and fraternity during the visit to Morocco, reported Vatican news website.

As to the impact his visit to the North African country on world peace and dialogue between different cultures, Pope Francis said “I will say that now there are flowers, the fruits will come later.”

The Pope acknowledged there are still difficulties because, he said, “In every religion there is always a fundamentalist group that does not want to go ahead and lives on bitter memories, on the struggles of the past, looking for more war and also sowing fear”.

But he reiterated the need to continue to work for fraternal dialogue, pointing out that dialogue can only flourish when there is a human relationship at various levels, the article published on Vatican news website added.

Touching on the Jerusalem Call he co-signed in Rabat with King Mohammed VI, the chairman of Al Quds Committee, Pope Francis said this appeal was “a step forward made not by an authority of Morocco and by an authority of the Vatican, but by brother believers who suffer to see that this city of hope is still not as universal as we all want it to be: Jews, Muslims and Christians”.

“We are all citizens of Jerusalem, all believers” he insisted.

Pope Francis also spoke about the emigration issue and called for the generosity of Europe, warning that fear is the fodder of populism, and is the beginning of dictatorships.

Noting that “reception, accompaniment and integration remain the key values of the solution to the emigration issues, he insisted that emigration cannot be prevented by force but by generosity, education and economic investment.

When the Pope addressed the issue of migration while in Morocco, he said migration is a right of the people and he used four words to describe the correct attitude of the receiving countries: “accepting, protecting, promoting, integrating.”