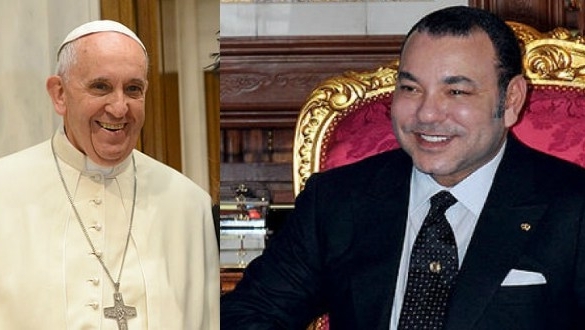 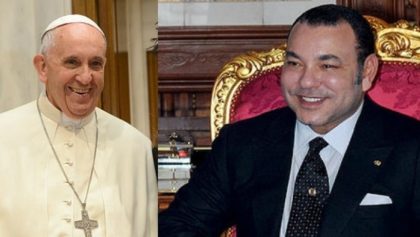 The visit that Pope Francis is paying to Morocco at the invitation of King Mohammed VI stands as a milestone in inter-religious dialogue and coexistence.

“Starting from the religious status and spiritual responsibility assumed by the Commander of the Faithful and His Holiness the Pope, this historic meeting will contribute to promoting the values of fraternity, peace and tolerance among peoples and nations and to consolidating interreligious dialogue, understanding and coexistence,” said the ministry of the Royal Household, Protocol and Chancellery in a statement.

“This visit will be marked by intense activities of the Commander of the Faithful and His illustrious guest His Holiness the Pope,” the statement said.

King Mohammed VI, in his quality as commander of the faithful, is the custodian of the freedom of worship in the majority Muslim country where the ancient Jewish community and Christians, both residents and foreigners, practice their faith freely in a framework of mutual respect and harmony.

Pope Francis said he will pay the visit as a “a pilgrim of peace and of fraternity, in a world which has great need of both.”

King Mohammed VI has given the example of inter-faith dialogue by promoting religious coexistence between different Abrahamic religions at home and by calling for a new world order of peace.

Respect for cultural and religious diversity as well as a common commitment to the virtues of dialogue were distinctive features of the King’s rule.

Such a commitment reflects Morocco’s history, which attests to a long-established tradition of coexistence on Moroccan soil especially between Muslims and Jews.

In Morocco, the institution of the commandership of the faithful has shielded the Moroccan society against the demons of ideological manipulation and subversive forces through enlightened religious training based on moderation and tolerance.

It is no coincidence that the Pope will pay a visit to the Imams training school, which is teaching the genuine values of moderate Islam and which has been attracting Muslim preachers from Africa and Europe.

“In Morocco, there is no difference between a Muslim and a Jewish citizen,” said the King in a message in September to an inter-religious dialogue conference.

Also, Judaism became enshrined in the country’s new constitution, adopted in 2011, as a key part of Moroccan identity

“As for Christian residents and temporary visitors, they have always practiced their faith freely in churches,” the King said in his September message, recalling that among his ancestors, “there was a Sultan who donated land for the construction of a church, which is still open to worshippers to this day.”

Tolerance is not just a rhetorical aspect in Morocco’s domestic and foreign policy. The country stood out in Africa as the sole country that has a migration policy offering residency status to migrants.

Morocco has “welcomed people coming from sister nations to this African land, with their different religions, cultures, traditions, family habits and lifestyles,” said the King in a previous message.

Morocco organized two campaigns for migrants to regularize their status and launched several programs aimed, among other things, at ensuring the integration of migrants, asylum-seekers and their families.

”Morocco commits to a humanitarian approach that takes into account the global and local contexts and respects the rights and dignity of migrants,” the king repeatedly said.

The leader of the Catholic Church has also on many occasions expressed his support for migrants, underlining the need to welcome, protect, and integrate them and not to stigmatize them as a threat to society. He had also backed the United Nations Global Compact for Migration signed in Marrakech last December.

Therefore, it is no surprise that the Pope’s trip to Rabat features visits to migrants during which he will stress the need for further solidarity towards migrants in a world threatened by the surge of far-right groups.