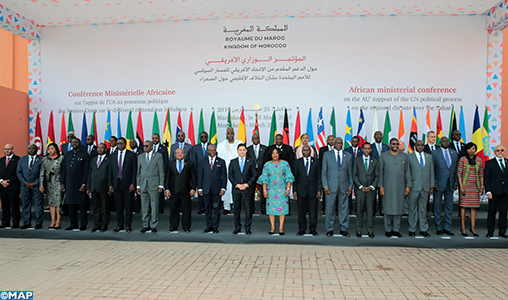 Marrakech: Ministers from Some 40 African Countries Meet to Support UN Process on Sahara 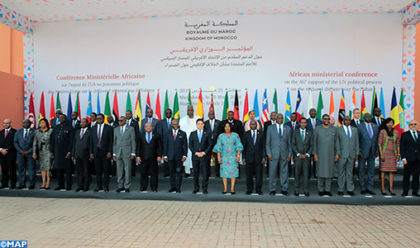 Morocco hosts this Monday in Marrakech an African Ministerial Conference on African Union’s support to the United Nations political process on Sahara.

The event, which brings together 37 African countries from the five sub-regions of the continent, comes to back the decision, adopted at the 31st AU Summit, held July 1-2, 2018 in Nouakchott (Mauritania), said a release issued by the Moroccan Foreign Ministry.

The AU summit decision reaffirms “the exclusivity of the United Nations” in handling the Sahara issue, added the press release, affirming that the Marrakech conference backs the vision of African States that pledge “to strengthen the unity of the continent and to reject any attempt to divert it from its urgent priorities of sustainable human development, regional integration and the prosperity of its citizens”.

Last July, the AU ended its process to mediate in the Sahara issue, stressing the primacy of the UN process in dealing with the regional conflict.

Recommendation 12N of the AU report said that the role of the AU is to support UN efforts and the UN Secretary General’s Personal Envoy. The report only referred to the UN resolutions on the Sahara, calling on the parties to engage in serious negotiations in good faith and with a spirit of compromise in order to reach a fair, lasting and mutually acceptable solution.

Yet, the enemies of Morocco’s territorial integrity, including the Algerian regime and the polisario separatist group, are conspiring with South Africa to convene a conference of the member states of the Southern African Development Community, to undermine the UN political process for the settlement of the Sahara issue.