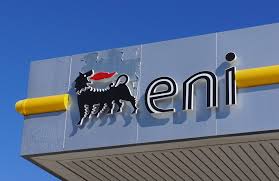 The Italian energy giant ENI has started the construction in Tunisia of a 5 MW facility at the ADAM oil concession in which it has a 25% stake.

The project, being developed with Tunisian state-owned oil company Entreprise Tunisienne d’Activités Pétrolières, is scheduled to be completed this year.

According to a recent study by the UNDP on Tunisia’s renewable energy development, the Northern African country has currently an installed capacity of around 5.2 GW. Around 90% of this is owned by Tunisia’s state-owned utility, Société Tunisienne de l’électricité et du gaz (STEG), while the remaining 10% comes from IPPs.

The study reveals that financing costs are still one of the major challenges for renewables in the country. According to the UNDP, the cost of equity for wind and solar PV in Tunisia today is estimated at 17%, and the cost of debt, 8%.

Note that Wind power represents the main source of renewable energy in Tunisia. Since 2008, wind energy is leading the energy transition of Tunisia with a growth of the production up to 245 MW of power installed in 2016. Two main wind farms have been developed until now: Sidi-Daoud and Bizerte.