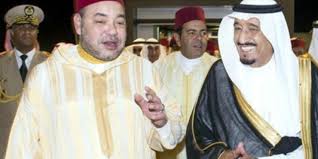 Morocco’s King Mohammed VI received a phone call from Saudi King Salman during which the brotherly ties between the two countries were highlighted, the Saudi news Agency SPA said.

The conversation touched on the “excellent” relations between Morocco and Saudi Arabia and the “brotherly ties” between their peoples.

The Saudi news agency said that the two leaders “endeavor to further strengthen these ties in all fields.”

Talks between the two Sovereigns also covered the latest developments at the regional and international levels.

Relations between the two countries made the headlines of domestic and international press after reports emerged last month claiming that Morocco recalled its ambassador to Riyadh for consultation. The Moroccan Foreign Minister denied the ambassador’s recall, saying his trip to Rabat was a usual trip.

Saudi Channel Al Arabiya had aired a documentary prejudicial to Morocco’s territorial integrity, which angered the Moroccan leadership and people.