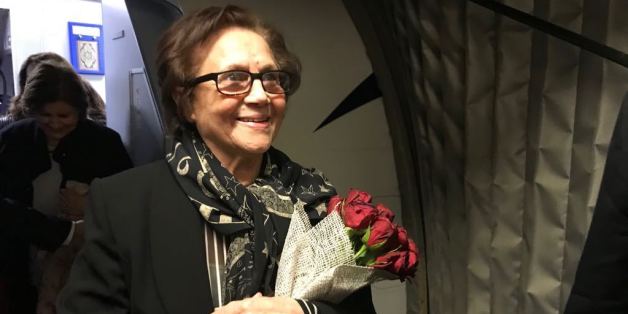 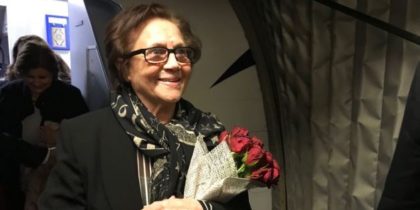 A prominent guerrilla fighter and icon in modern Algeria, Jamila Bouhired, urged the Algerian youth to never give up to empty promises by the regime and stay alert to “attempts at stealing their revolution.”

“Following weeks of a peaceful struggle, unseen in history and across the globe, your revolution is now in the crossroads. Without your vigilance, it risks sliding into the catalogue of missed revolutions,” Bouhired said in a letter published on EL Watan.

She denounced the illegitimate character of a regime that ruled Algeria since independence after usurping power and sidelining genuine resistance figures.

“Never let these agents disguised in revolutionary outfits take control of your liberation momentum,” she said.

Bouhired also criticized French President for showing support to Bouteflika’s plan which she described as a “Coup d’Etat,” saying that France is coming to the rescue of a regime of an autocrat and his family and clan members.

Bouhired’s call comes as protests continue against Bouteflika’s plan to extend his fourth term and postpone elections. Protesters called for a caretaker government to manage transition instead.

Myopic to the aspirations of the youth, Algeria’s military chief Gaid Salah warned “enemies” of the state against sowing further unrest, while stressing that the army’s relationship with the people was unshakable.

North Africa Post's news desk is composed of journalists and editors, who are constantly working to provide new and accurate stories to NAP readers.
NEWER POSTKenya pledges to achieve over 10pc forest cover by 2022
OLDER POSTSahara-UN: All stakeholders invited to attend Geneva II