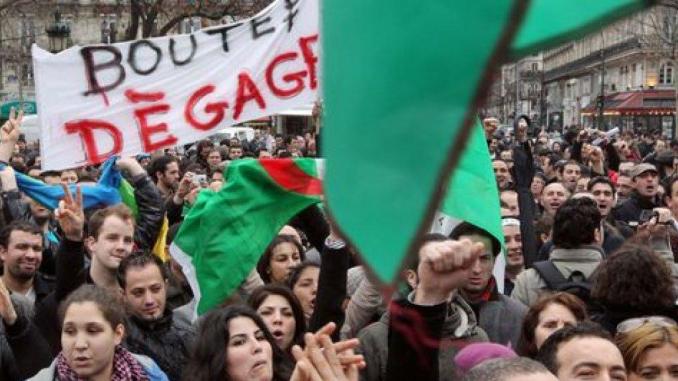 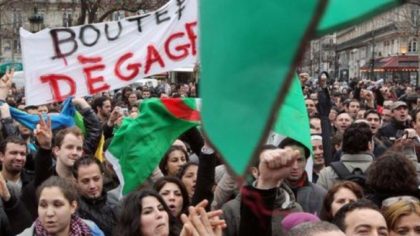 Students poured to the streets of Algiers after ailing President Bouteflika announced Monday in a letter that he will not run for presidential elections, which were initially scheduled for April but were postponed to an unknown date.

Bouteflika, 82, who returned to his country on Sunday was seen in a rare public appearance in the national television receiving officials and military generals. The images had a counter-effect of what the regime wanted as they show a President incapable to stand or speak let alone to govern.

The decision by Bouteflika was seen by protesters as a time-buying measure to allow a corrupt regime more time to regenerate. Next Friday mass protests are planned to say no to superficial reforms that will keep in power the same ruling elite that sapped Algeria’s wealth.

Protests in Algeria have reached a level of political maturity that makes it so difficult for the regime to sell facade reforms. Algerians saw how Tunisians and Moroccans fought for democratic constitutions. They are fed up at a regime that failed to use the oil mantra to develop the country.

Youth unemployment in Algeria stands at 27% while the country’s revenues depend on oil and gas sales for 95%.