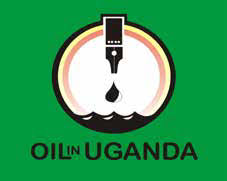 Uganda has joined the Extractive Industries Transparency Initiative (EITI) in order to subject its oil industry to scrutiny and promote accountable management of revenues.

Uganda discovered crude reserves more than 10 years ago but production has been repeatedly delayed by disagreements with field operators over taxes and development strategy.

According to Uganda’s Minister for Finance, Matia Kasaija, the decision to join EITI was informed by the appreciation of the values that EITI promotes with regard to disclosure of information about the whole extractive governance chain.

The EITI adhesion will support authorities’ efforts to ensure transparency and tax collection in order to build long-term trust and attract investment, the official said.

In April last year, Uganda signed a deal with a consortium, including a subsidiary of General Electric, to build and operate a 60,000-barrel-per-day refinery. The refinery is expected to be operational by 2023.

The East African nation still needs to secure investment decisions for building a refinery and a pipeline for export, which need to be in place for production to begin.

Joining EITI means the country is required to make all contracts related to its oil and gas sector public, including the allocation and ownership of licenses; contractual, etc. Globally, EITI has 51-member countries.