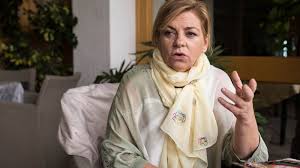 The renewal of the EU-Morocco farm and fisheries agreements will “strengthen further the very important strategic ties binding the two partners”, said, Thursday in Rabat, Elena Valenciano, member of the Foreign Affairs Committee at the European Parliament.

“Morocco is a key country for the EU”, affirmed the MEP at a press briefing held after meeting Foreign Affairs Minister Nasser Bourita.

The meeting was an opportunity to underline the importance of the new EU-Morocco agricultural and fisheries agreements adopted lately with an overwhelming majority by the European Parliament, despite hostile campaigns by the Polisario and Algeria.

In her press briefing, Mrs. Valenciano affirmed that “the alliance sealed between the EU and Morocco will be very beneficial for both Moroccans and Europeans”.

The European Parliament had adopted with a large majority, on Jan.16 and Feb.12 in two separate plenary sessions in Strasbourg, the new EU-Morocco agriculture and fisheries agreements, that include the Sahara.