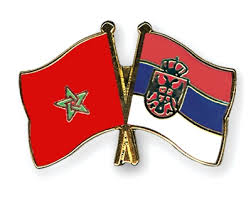 The Moroccan and Serbian governments have agreed to strengthen cooperation in trade, tourism and culture with the signing of deals in these fields.

These agreements were sealed on the sidelines of the 2nd session of the Morocco-Serbia joint committee convened Wednesday in Rabat.

The first agreement aims to facilitate and develop long-term trade in goods and services between the two countries and establish a joint committee for trade and investment to supervise and enforce the agreement.

The two countries also signed a memorandum of understanding that seeks to promote cooperation in the field of tourism on the basis of reciprocity and mutual benefit.

In the cultural field, Morocco’s National Library and its Serbian peer agreed to foster cooperation through the exchange of professional, bibliographic, scientific and technical publications.

The Serbian delegation that took part in the Morocco-Serbia joint committee meeting in Rabat was led by Deputy PM and minister of trade, tourism and telecommunications Rasim Ljajic.

During his trip to Morocco, Mr. Ljajic met tourism minister Mohamed Sajid, minister of Industry, Investment, Trade and Digital Economy Moulay Hafid Elalamy and other top officials including Speaker of the House of Representatives.

Talks focused on bilateral relations and economic cooperation prospects and joint business opportunities in industry, agriculture, textiles and IT.

Trade between Morocco and Serbia remains below the potential of the two countries’ economies totaling $20 Million in 2017, including $13 million imports from Belgrade.

North Africa Post's news desk is composed of journalists and editors, who are constantly working to provide new and accurate stories to NAP readers.
NEWER POSTBBOXX secures $6 mln to bring solar power to more households in Africa
OLDER POSTTunisia: State of emergency extended for one month