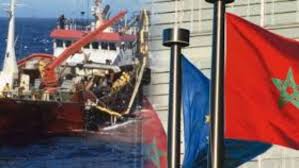 The Council of Ministers of the European Union adopted on Monday a decision on the conclusion of the Sustainable Fisheries Partnership Agreement between the EU and Morocco, the related implementation protocol and the exchange of letters accompanying the agreement, thereby paving the way for its future implementation.

This adoption follows the consent given by the European Parliament on 12 February 2019 and formally marks the last step on the EU side. However, before the agreement can enter into force, Morocco also has to complete its internal ratification process.

The 4-year protocol implementing the agreement allocates fishing opportunities for the EU in exchange for an overall financial contribution of €208 million, i.e. €52.2 million a year. A substantial part of this contribution will be used to promote the sustainable development of the fisheries economy in Morocco and the Sahara fisheries sector.

In February, the European Parliament voted with an overwhelming majority for the renewal of the farm and fisheries accords with Morocco, including the Sahara,despite the hostile lobbying made by the Polisario separatists, backed by the Algerian regime.

The texts of both agreements extend European trade preferences to agricultural and fishery products from the southern Moroccan provinces, a major diplomatic victory for Morocco.

The two deals enhance the benefits and advantages of local Sahara inhabitants and strengthen the multidimensional strategic partnership existing between Morocco and the EU.