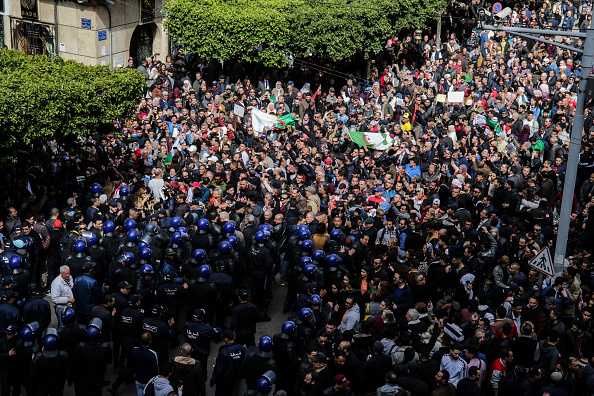 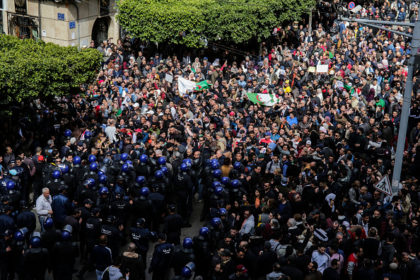 As popular protest build up across Algeria against a fifth term for ailing President Abdelaziz Bouteflika, some voices within the regime are invoking the Syrian chaos to maintain the authoritarian status quo.

“Citizens offered flowers to policemen. That is beautiful. But I remind them that in Syria it all started with flowers,” said prime minister Ahmed Ouyahia alluding to the civil war that broke out after the Arab Spring revolution in the middle eastern country.

Ouyahya had warned the opposition against taking to the streets prior to the outbreak of protests against Bouteflika’s re-election.

For the Algerian opposition, such statements by Ouyahya are meant to intimidate protesters thirsty for democracy and change. They also reflect the state of fear within the ruling elites in the oil-rich country.

Ouyahya who described the pro-democracy protesters as “people who seek chaos” is reflecting the state of disrespect towards the people typical of a military junta that rules the country behind a curtain of a civilian government with a firm grip.

Ouyahya went as far as warning of a repetition of the bloody civil war of the 1990s when a military intervention put an end to a democratic electoral process.

As usual, the ruling elite with vested interest in maintaining regime opacity and the authoritarian modus operandi blamed the protest on “foreign intervention” as though there were not enough reasons to question the legitimacy of a regime that failed to use its oil mantra to develop the country.

During the era of expensive oil, which ended in 2014, Algeria amassed enough wealth to develop the whole of the continent. But a lack of vision and leadership failure made Algeria lag behind in all global economic indicators from transparency to doing business.

The eighty-one-year-old Bouteflika, whose public appearances are a thing of the past, has been in office since April 1999. He is so enfeebled that he was unable to announce his own candidacy.

Opposition parties announced their boycott of what they described as “sham elections whose results is decided in advance” by an opaque regime known in French as le Pouvoir.

Le Pouvoir is believed to bring together army and business tycoons with vested interest in the status quo.

In response to the peaceful protests, the regime has banned the media from covering them and shutdown the country’s 3G and 4G networks so that social media could not be used to encourage ever larger numbers of demonstrators.