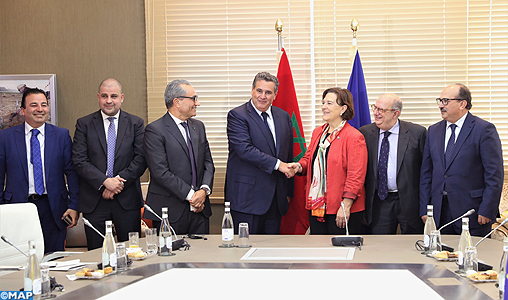 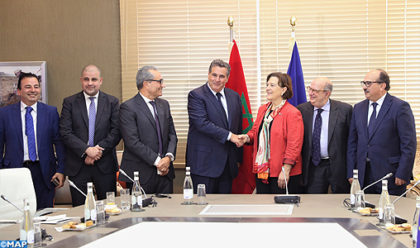 The adoption of the farm and fisheries agreements between Morocco and the European Union (EU) confirms the strength of relations between the two partners, said Thursday in Rabat Mrs. Ines Ayala Sender, co-chair of EU-Morocco-Joint Parliamentary Committee (JPC).

Partnership between the two sides gained momentum following the recent vote by the European Parliament for the two agreements with an overwhelming majority, she stressed in a statement to media after meeting Moroccan Minister of Agriculture and Fisheries, Aziz Akhannouch.

The adoption of the farm and fisheries deals will enable the Joint Parliamentary Committee to build on this achievement for a better shared future serving the interests of the two partners, added the MEP.

The EU-Morocco joint parliamentary committee will hold its 10th annual meeting in Rabat on March 1st to look into the achievements made by this important body set up by Rabat and the European bloc to bolster their political cooperation and protect their geo-strategic interests.

Co-chaired by MP Abderrahim Atmoun and Ines Ayala Sender, the Morocco-EU joint parliamentary committee will also hold in Rabat a forum on security and fight against radicalism.

Participants will discuss security challenges and assess the progress made in the fight against radicalism in the Mediterranean region and the Sahel-Sahara region.