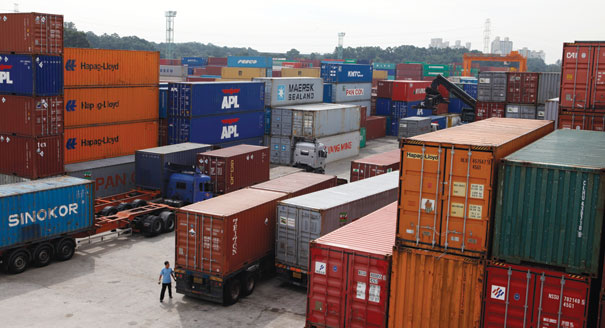 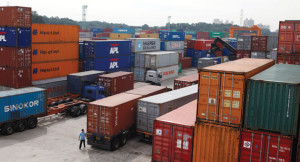 In the past ten years, North African countries progressed in liberalizing their trade relations with the EU as well as Korea. As part of the Euro-Mediterranean (Barcelona Process) Partnership, North African nations and the EU entered association agreements with provisions for free trade in industrial goods. This opened doors for European manufacturers to new export and investment markets. Most recently, North African nations and the EU launched initiatives to extend their agreements to trade in agricultural products, trade in services, government procurement, and trade harmonization.

Trade between North Africa and Korea also exploded in the past five years. As latecomers to North Africa, Korean corporations now recognize the strategic importance of consumer and resource markets in the Middle East and North Africa (MENA). Korean government is presently finalizing an FTA with Turkey, and exploring potential FTAs with Morocco and the Gulf Cooperation Council. While trade between North Africa and Korea currently represents only 2-3% of each other’s overall trade volumes ($22 billion in 2011), it grows over 20% annually. FDI of Korean corporations in North Africa – construction of refineries, plants and research facilities by extraction, resource processing, telecommunications and technology companies – reaches tens of billions of dollars (presently $400 million annually).

European and Korean governments play an important part in the deepening of trade relations with North Africa. Korean government is active in ‘resource diplomacy,’ promotion of business exchange, and development assistance. Korea-Africa Economic Cooperation (KOAFEC), a bilateral trade and development program, was set up in 2006, and Korea Business Centers popped up in several African countries to explore venture opportunities. European Commission also seeks closer economic integration between the EU and North African countries, and provides North Arica with hundreds of millions of dollars in development funds under the European Neighborhood Policy.

One driver of the European and Korean governments’ engagement in North Africa is undoubtedly the pursuit of their own economic growth. OECD countries in Europe and Northeast Asia stagnate. Private and public sectors in the EU countries have halted their discretionary consumption and imports. European and Korean companies, facing contraction in the EU and the US, are in need of new export markets. At the same time, North African economies are expected to grow steadily at 8-9% annually over the next decade, guaranteeing future export flows for European and Korean firms. Secondly, European and Korean manufacturers are motivated by cost differentials. Strict labor policies in the EU and labor organizations in both countries inflate firms’ effective production costs at home. The availability of untapped production resources, growing local demand, and proximity to Europe make North Africa a lucrative market for vertical, horizontal as well as export-platform FDI.

Given macroeconomic conditions, and governments’ and corporations’ strategies in Korea and the EU, and given our up-to-date observations of the trade flows under the Korea-EU FTA, we can make the following several predictions about the pattern of exchange between North Africa and the two trading partners in the coming years.

Longer-term, trade liberalization is, of course, expected to benefit all trade partners, by facilitating transfers of capital and know-how, advancement in human capital, more efficient use of resources, and lowering of consumer prices in all countries. Shorter-term, however, the terms of trade effects are likely to be skewed in favor of one country at the expense of another. The North African trade agreements championed by the European Commission may benefit the EU more than North African nations, by essentially making North Africa an export market for EU’s high-technology and professional-service firms. Similarly, Korean manufacturers of electronics, chemicals, cars and ships stand to benefit from liberalized access to the MENA countries. Korean carmakers are likely to roll out plans for production facilities in Africa.

For North Africa, prospects for the terms of trade are dim, at least until the greenfield-invested facilities begin exporting a critical volume of output. North Africa’s innate agricultural, resource extraction, textile and clothing sectors may gain under a liberalized trade regime, but the aggregate benefits of this may be small compared to the gains to higher value-added industrial exports from EU and Korea. With the present high rate of subsidization of agriculture in Europe and protectionism in Korea, North Africa’s one potential benefit of trade liberalization may fail to materialize. Finally, if European economy deteriorates and Euro devalues relative to world currencies, prospects for revival of EU imports may further worsen. In Korea, macroeconomic conditions are not as dire as in the EU, with the government committed to large-scale investment and development-assistance programs. But it is unclear how much North African exporters can benefit from these programs.

All this means that, in the initial years of trade liberalization, North Africa’s benefits may not come from trade per se, but principally from inward FDI into its infrastructure and human capital. The terms of trade effects depend on specific provisions regarding agricultural and textile trade. North African countries should thus be cautious about all components of the presently drafted FTAs. On the bright side, the lucrativeness of North African consumer and investment markets and the weakness of EU and Korean economies give North Africa a strong negotiating position in the drafting of trade agreements, and North Africa should make the best of this leverage.

Final word of caution: MENA firms tend to face high barriers to trade (of economic as well as political nature) and structural barriers in their supply chains. Korean extraction and telecommunications firms have been burnt by entering business deals that eventually failed to go through because of holdups. Furthermore, the region is currently rocked by political instability. These factors put the brakes on business ventures as well as on political negotiations. This makes it difficult to make any predictions about business climate for domestic and foreign ventures, effective trade policy, and trade outcomes. Let’s hope that the prospects of long-term gains under successful trade pacts will encourage structural economic reforms and regional peace in the coming years.