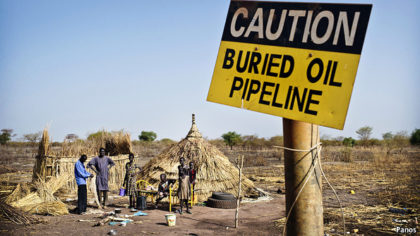 Tullow Oil, a leading independent oil exploration and production company, aims to complete the construction of a $1 billion oil pipeline in Kenya by 2022.

According to Tullow Oil Kenya Managing Director Martin Mbogo, the 821 km pipeline will transport around 80,000 barrels of oil per day from the Lokichar oilfields in Northern Kenya to the Lamu seaport after completion.

He noted that the pipeline will be a joint venture between the government and the Kenya Joint Venture (KJV)- whose shareholders are Tullow, Africa Oil and Total.

Tullow Oil is also constructing oil fields to be financed by 70 percent debt and 30 percent equity.

Kenya’s early oil export project transports 600 barrels of oil per day from Turkana oilfields by road to Mombasa Port for storage, ahead of shipments expected to begin mid 2019.

The East African nation has reached out to 18 global oil refinery firms in the ongoing search for buyers of crude oil exports.

Discussions with these firms will take place during the 2019 International Petroleum (IP) Week (February 26-28)that is expected to attract big players in the oil and gas industry.

As a reminder, Kenya discovered commercial oil in 2012 in its Lokichar basin, which Tullow Oil estimates contains an estimated 560 million barrels in proven and probable reserves.