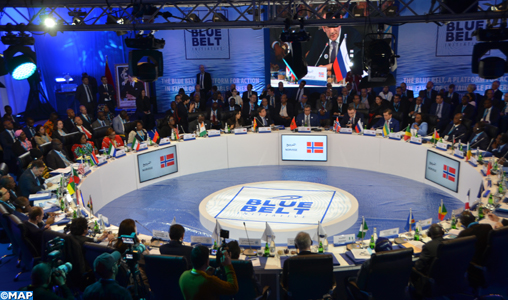 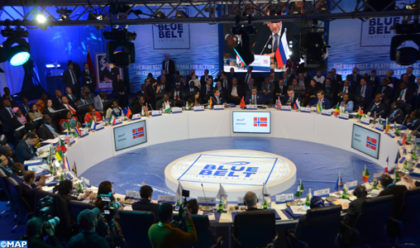 Several African and European officials as well as international experts commended the Blue Belt initiative, launched by Morocco at COP 22 in Marrakech, which aimed at establishing a platform for action to promote fisheries in Africa.

The relevance of this initiative was highlighted at a high-level conference held on Tuesday in Agadir under the theme “The Blue Belt, a platform for action to promote the sustainability of fisheries and aquaculture in Africa”.

Participants in this international meeting, convened on the eve of the 5th edition of the Halieutis Show, held in Agadir February 21-24, underlined the strategic dimension of the Blue Belt initiative, which is in line with the Sustainable Development Goals (SDGs) adopted by the UN.

The meeting also shed light on the various aspects of the Moroccan initiative, which provides for many tools to ensure the sustainability of resources, preserve ecosystems, promote scientific research, and enhance the value of seafood products.
The initiative also seeks to ensure food security for the Africa peoples, create more jobs, and generate wealth.

During the event, Morocco had pledged to take part in the creation of marine protected areas in keeping with its efforts to bolster sustainable development of three Moroccan wetlands on the Mediterranean and Atlantic coasts.

Oceans protection is part of Morocco’s environmental engagement, which is a key component of public policies.